The 314th Airlift Wing (314 AW) is a wing of the United States Air Force based out of Little Rock Air Force Base in Little Rock, Arkansas.

To train the world's best C-130 combat airlifters to fly, fight, and win.

See the 314th Operations Group for additional history and lineage

During World War II the 314th Troop Carrier Group arrived in the Mediterranean Theater of Operations in May 1943, taking part with Twelfth Air Force units in two airborne operations. It flew two major night missions in July 1943 during the Sicily invasion, dropping paratroops of 82d Airborne Division near Gela on 9 July and reinforcements to the area on the 11 July. Later in the year, the group transported paratroops and supplies to Salerno, 14 and 15 September, during the invasion of Italy. Squadrons from the 314th flew additional missions in the Mediterranean before it transferred, in February 1944, to England for further training. From there, it took part with the Ninth Air Force in the Normandy invasion, flying numerous supply and reinforcement missions in the ensuing period. The 314th dropped paratroops over the Netherlands in September and carried munitions and supplies to the same area. After moving to France in late February 1945, it participated in the airborne crossings of the Rhine River near Wesel on 24 March. The group then brought supplies and equipment to combat units and airlifted wounded U.S. and Allied personnel to rear-area hospitals.

After termination of hostilities, it evacuated prisoners of war from German camps and flew regular personnel and freight service. Transferring without personnel or equipment (WOPE) to U.S. in February 1946, and in September, again transferred WOPE, to the Panama Canal Zone, where the 314th operated air terminals under Caribbean Air Command. It moved back to the U.S. in October 1948 for further training.

The wing served in Japan during the Korean War, participating in two major airborne operations, at Sunchon in October 1950 and at Munsan-ni in March 1951. It later transported supplies to Korea and evacuated prisoners of war.

During the post Korean War and the continuation of the Cold War period in 1954, it again transferred, without personnel or equipment back to the U.S. where it served as a primary troop carrier unit in the eastern U.S., participating in joint airborne training with Army forces, developing assault airlift operations, and performing in aerial demonstrations, exercises, maneuvers, and joint operations. Between January 1966 and May 1971, it operated from Ching Chuan Kang Air Base Taiwan as part of the 315th Air Division to provide passenger and cargo airlift throughout the Far East and combat airlift in Southeast Asia during the Vietnam War period.

Again returning to the U.S. in May 1971, the 314th acquired the assets of the inactivated 64th Tactical Airlift Wing and incurred host organization responsibilities of Little Rock Air Force Base, Arkansas. It has since operated C-130 training schools, providing classroom instruction and flying training to all branches of the U.S. military and allied nations and served as a tactical airlift wing involved in worldwide airborne training, airlift, and special operations including deployments in support of the Commander-in-Chief, United States Air Forces in Europe. It also provided joint airborne communications center and command post support for the United States Readiness Command. In October 1983, the wing provided Joint Airborne Communications Center/Command Post equipment in support of the rescue of U.S. nationals in Grenada. During December 1989 and January 1990, it provided airlift support during the intervention in Operation Just Cause in Panama.

The 314th conducted airlift control support in addition to airlift of troops and equipment to the Middle East in support of the liberation of Kuwait, August 1990 – March 1991.

From 1991 to present, in addition to its primary mission of aircrew training, the wing conducted numerous disaster relief and humanitarian support missions including airdrop of U.S. Army Troops; humanitarian aid; emergency supplies; and medical evacuations in addition to airlifting passengers and equipment. 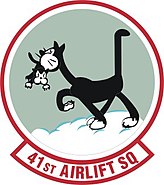 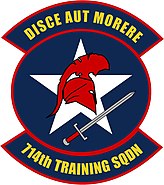