The peacetime mission includes recruiting, training and supervision of personnel to assure mission readiness. The wing is also responsible for the management of aircraft maintenance and all assigned Air Force combat support real property, equipment and supplies.

The 439th has two units that are designated Geographically Separated Units (GSU). They are the 250 reservists serving as members of the 85th Aerial Port Squadron, Hanscom Air Force Base, MA, and 100 more comprise the 722nd Aeromedical Staging Squadron at Fort Hamilton, NY.

The wing consists of the following component groups:

Under supervision of the 2242nd Air Force Reserve Training Center, the newly established wing trained as a troop carrier organization from 1949 until 1951 and for fighter-bomber missions from 1952 to 1957.

It replaced the 901st and 905th Tactical Airlift Groups at Westover Air Reserve Base in April 1974 and assumed tactical airlift, special operations, satellite support, and aeromedical evacuation missions. It has since taken part in tactical exercises, global airlift, and humanitarian missions. It gained two tactical groups and the responsibility for operating the military portion of Niagara Falls International Airport on 25 January 1976 and Pittsburgh International Airport on 1 October 1980, but relinquished control of those groups in 1992. During the 1980s, the wing took part in various training exercises involving tactical airlift and rotated personnel and aircraft to Panama. It also provided airlift support for the movement and training of other units and conducted local proficiency flying training missions. At the conclusion of the Iran–Iraq War in 1989, the wing transported United Nations ceasefire observers to the Persian Gulf area. It airlifted troops and equipment to Panama during the incursion into Panama at the end of the year. The 439th airlifted troops, equipment, and supplies to support global contingency, humanitarian, and anti-drug operations during the 1990s. Additionally, its airlifts included troops and cargo to Europe and the Persian Gulf area before and during the Gulf War, and Patriot missiles to Israel in 1991. 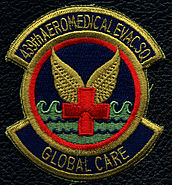 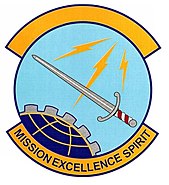 439 AMXS
Add a photo to this gallery

Retrieved from "https://military.wikia.org/wiki/439th_Airlift_Wing?oldid=4683617"
Community content is available under CC-BY-SA unless otherwise noted.