The 510th Fighter Squadron (510 FS) is part of the 31st Operations Group at Aviano Air Base, Italy. It is a combat-ready F-16CM fighter squadron prepared to deploy and fly combat sorties as tasked by NATO and US combatant commanders. The squadron employs a full range of the latest state-of-the-art precision ordnance.[1]

In late 1943, the squadron moved to Walterboro Army Air Field, South Carolina, and began flying the Bell P-39 Airacobra, and then the Republic P-47 Thunderbolt. In March 1944, the 510th moved to RAF Christchurch, England, and began combat operations.[1] During World War II, the 510th moved to mainland Europe with the advance of Allied troops, flying from Picauville and Saint-Dizier, France, Ophoven, Belgium, and Kitzingen, Germany. The unit was credited with 39 kills.[1] In late 1945, the 510th was inactivated at Camp Kilmer, New Jersey.

In 1952, the 510th was reactivated at Godman Air Force Base, Kentucky, flying the Republic F-84F Thunderstreak. In April 1953, the squadron relocated to Langley Air Force Base, Virginia, and transitioned to the North American F-100 Super Sabre. In 1959, the 510th moved to Clark Air Base, Philippines and in 1964, to England Air Force Base, Louisiana.[1]

At the start of the Vietnam War, the 510th established a new home at Bien Hoa Air Base, South Vietnam. The 510th flew over 27,200 combat missions in Southeast Asia. In 1969, the unit again inactivated.[1]

In 1979, the 510th reactivated at RAF Bentwaters, England, and began receiving the Fairchild A-10 Thunderbolt II. In 1991, the 510th deployed to Incirlik Air Base, Turkey, in support of Operation Desert Storm and Operation Provide Comfort.[1]

In 1993, the 510th relocated to Spangdahlem Air Base, Germany. During 1993 and 1994, the 510th flew more than 1,700 combat sorties from Aviano Air Base, Italy, in support of Operation Deny Flight. In the skies over Bosnia and Herzegovina, the squadron became the "BOSNIA BUZZARDS".[1]

The 510th was inactivated in April 1994 and reactivated at Aviano Air Base, Italy on 1 July 1994 as the 510th Fighter Squadron absorbing the F-16 Fighting Falcon aircraft and equipment of the inactivated 512th Fighter Squadron, which had been inactivated at Ramstein AB, Germany when the 86th FW became an airlift wing (86th AW). At Aviano, the squadron returned to its previous mission as an operational combat fighter squadron. The 510th, during Operation Deliberate Force, was the first F-16 Block 40 squadron to drop a laser-guided bomb.[1]

The 510th led the Tactical Air Forces with the first combat use of Night Vision Goggles in an F-16 during Operation Deliberate Guard. The 510th led the way by being one of the first F-16 units to become Forward Air Controllers (FAC-A), and were the first to employ as FAC-A's in combat in the F-16.[1]

In October 1998, the squadron deployed with the F-16 to Incirlik Air Base, Turkey for the first time to fly in support of Operation Northern Watch.

In Operation Allied Force, the Air War over Serbia, the 510th flew more combat missions than any other F-16 squadron. Subsequently the "BALKAN BUZZARDS" the squadron has expanded into an Expeditionary Air Force, and were the first Aviano fighter squadron to deploy to Operation Southern Watch in June 2000. During those deployments the "FIGHTIN' BUZZARDS" engaged in combat operations over Iraq in both surface attack and combat search and rescue (CSAR). From September to December 2002, the Buzzards returned to Operation Southern Watch and dropped 136,508 pounds of ordnance over Iraq to include the first GBU-31A JDAM in F-16CG combat history.[1] 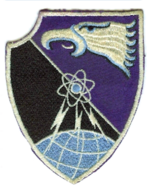 Retrieved from "https://military.wikia.org/wiki/510th_Fighter_Squadron?oldid=4684149"
Community content is available under CC-BY-SA unless otherwise noted.