The 62d Airlift Wing (62 AW) is a wing of the United States Air Force stationed at Joint Base Lewis-McChord, Washington. It is assigned to the Eighteenth Air Force of Air Mobility Command and is active duty host wing on McChord. The wing is composed of more than 7,200 active duty military and civilian personnel. It is tasked with supporting worldwide combat and humanitarian airlift contingencies. Aircraft of the 62d fly around the world, conducting airdrop training; it also carries out the Antarctic resupply missions.

The 62d Airlift Wing was first constituted as the 62nd Troop Carrier Wing on 28 July 1947, at McChord Field, Washington. It owes its numerical designation, and its first seven years of history prior to 1947, to the present day 62d Operations Group.

Since the wing was established in 1947 it conducted troop carrier operations, tactical exercises, and humanitarian missions. The wing trained at McChord Air Force Base, Washington until late 1951 when it moved to Larson Air Force Base. From Larson the 62nd routinely performed troop carrier, air transport, and humanitarian missions on a global scale: fling mail to Japan for U.S. troops in Korea in 1952; bringing medical supplies to the flooded areas of Pakistan in 1954; and transporting French troops and equipment from France to Indochina as part of Operation Bali-Hai from April–May 1954. The wing airlifted radar equipment and supplies for the construction of the Distant Early Warning (DEW) Line in northern Alaska and Canada from, 1955–1956, and thereafter periodically resupplied DEW stations. During the International Geophysical Year 1957-1958, and subsequently through 1962 the wing supported scientific stations in the Arctic Ocean by airlanding and airdropping supplies on the drifting ice. It helped transport United Nations troops and supplies to the Congo in 1960. In 1963 the wing assumed responsibility for worldwide airlift of nuclear weapons and associated equipment, continuing this mission through early 1971. It also assumed airlift of Minuteman missiles from depots to operating sites in April 1971. In 1972 it supported Presidential trips to China and the Soviet Union. From 12 February to 1 April 1973 the wing transported former prisoners of war from North Vietnam to the Philippines and the United States. That same year it transported United Nations troops from Indonesia to Israel and Egypt as part of a peacekeeping effort. In the summer of 1975, the wing assumed control of the 36th Tactical Airlift Squadron (36 TAS) and their C-130E aircraft, which transferred from Langley AFB, Virginia following the transfer of all C-130 aircraft from Tactical Air Command (TAC) to Military Airlift Command (MAC), and the disestablishment of the 316th Tactical Airlift Wing at Langley to make way for the arrival of the 1st Tactical Fighter Wing (1 TFW) and their F-15A and F-15B aircraft. From October 1975 to October 1977, the 62 AW maintained a detachment of C-130Es in the Panama Canal Zone to support USAF needs in Central and South America. The 62nd airlifted troops and supplies during invasion of Grenada and airlifted university students to safety from, October–November 1983. During 1988 62 AW aircraft were used to transport inspectors to the Soviet Union under terms of the Intermediate-Range Nuclear Forces Treaty. 62 AW aircraft were also used that year to transport firefighters and supplies to Wyoming to fight major forest fires in Yellowstone National Park. It participated in the airdrop of heavy equipment and personnel during military action in Panama, 20 December 1989. During Operation Desert Shield the 62nd airlifted personnel and equipment to Southwest Asia and operated airlift control elements at Zaragoza, Spain, to direct cargo and personnel destined for Southwest Asia from, August 1990-March 1991. Additionally, during 1991, 62 AW personnel and aircraft facilitated the evacuation of Clark Air Base and Subic Bay Naval Station following the eruption of Mt. Pinatubo in the Philippines.

End of the Century[]

In 1992, 62 AW flew relief mission to Guam following Typhoon Omar, Hawaii following Hurricane Iniki, Florida following Hurricane Andrew, as well as Somalia, the former Yugoslavia, and the former Soviet Union. In 1993, the 62 AW divested itself of the then-redesignated 36th Airlift Squadron (36 AS), transferring the squadron and its C-130E aircraft to the 374th Airlift Wing (374 AW) at Yokota AB, Japan. In 1994, the 62 AW dispatched personnel and aircraft to deliver equipment and supplies in support of Operation Support Hope in Rwanda. During 1995, the 62 AW deployed personnel and aircraft to the U.S. Virgin Islands following Hurricane Marilyn and to Bosnia in support of Operation Joint Endeavor. 62 AW personnel delivered relief supplies to Ho Chi Minh City, Vietnam following torrential following spawned by Typhoon Linda in 1997. In 1998, the 62 AW delivered relief supplies to Guam following Super Typhoon Paka, to Papua New Guinea following tidal waves, to Changsha, China following sever flooding, and to Nairobi, Kenya following the bombing of the U.S. Embassy there.

Following the September 11 attacks the 62 AW has been flying missions in support of the Global War on Terror, Operation Enduring Freedom, Operation Nobel Eagle, and Operation Infinite Justice. In 2003 the 62 AW assisted in the troop buildup leading up to Operation Iraqi Freedom and conducted the airdrop of the 173rd Airborne Brigade into northern Iraq at the onset of the war. In late 2004 and early 2005 the 62 AW was dispatched with emergency relief supplies to areas throughout Southeast Asia in response to the tsunami that struck on 26 December 2004. 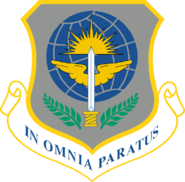 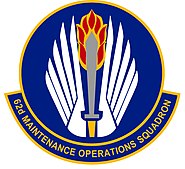 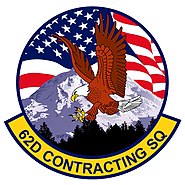 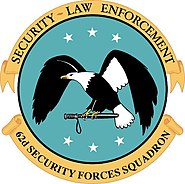