According to the church historian Jaroslav Pelikan, "Arguably, Metropolitan Andriy Sheptytsky was the most influential figure… in the entire history of the Ukrainian Church in the twentieth century".[1] The Lviv National Museum, founded by Sheptytsky in 1905, now bears his name.

He was born Roman Aleksander Maria Sheptytsky in a village 40 km west/northwest of Lviv called Prylbychi, in the Kingdom of Galicia and Lodomeria, then a crownland of the Austrian Empire. His family was from an Ruthenian line, which in the 19th century had become polonized, Roman Catholic and French-speaking. Among his ancestors there were many important Church figures, including two metropolitans of Kiev, Atanasy and Lev. His maternal grandfather was the Polish writer Aleksander Fredro. One of his brothers, Klymentiy Sheptytsky, M.S.U., became a Studite monk, and another, Stanisław Szeptycki, became a General in the Polish army.

Sheptytsky received his education first at home and then in Kraków. After graduating he went to serve in the Austro-Hungarian army but after a few months fell sick and was forced to abandon it. Instead he studied law in Kraków and Wrocław, receiving his doctorate in 1888. During his studies he visited Italy, where he was granted an audience with Pope Leo XIII in Rome, and to the Ukrainian heartland of Kiev, then under Russian rule, where he met some of the most prominent Ukrainian personalities of that time. He also visited Moscow.

Despite his father's opposition, he entered a Basilian monastery in Dobromyl, returning to his roots to serve what was regarded as the peasant Ukrainian Greek Catholic Church. He took the name Andrew, after the younger brother of Saint Peter, Saint Andrew the First Called, considered the founder of the Byzantine Church and also specifically of the Ukrainian Church. He then studied at the Jesuit Seminary in Kraków, receiving a doctoral degree in theology in 1894. In 1892 he was ordained a priest in Peremyshl. He was made rector of the monastery of St. Onuphrius in Lviv in 1896.

In 1899, following the death of Cardinal Sylvester Sembratovych, Sheptytsky was nominated by Emperor Franz Joseph to fill the vacant position of Ukrainian Greek Catholic Bishop of Stanyslaviv (now Ivano-Frankivsk), and Pope Leo XIII concurred. Thus he was consecrated as bishop in Lviv on 17 September 1899 by Metropolitan Julian Sas-Kuilovsky assisted by Bishop Chekhovych and Bishop Weber, the Latin-Rite auxiliary of Lviv.[2] A year later, on December 12, 1900 and following the death of Sembratovich's successor, Sheptytsky was appointed, at the age of thirty-six, Metropolitan Archbishop of Lviv and enthroned on January 17, 1901.[3]

He visited North America in 1910 where he met with Ukrainian Greek Catholic immigrant communities in the United States; attended the twenty-first International Eucharistic Congress in Montreal; toured Ukrainian communities in Canada; and invited the Redemptorist fathers ministering in the Byzantine rite to come to Ukraine.

After the outbreak of World War I, Metropolitan Sheptytsky was arrested by the Russians and imprisoned in various places in the Ukraine and Russia. He was released in March 1918 and returned to Lviv from Russia.

As a student he learned Hebrew in order to better relate to the Jewish community. During pastoral visits to Jewish villages he was sometimes met with the Torah.[citation needed] During World War II he harbored hundreds of Jews in his residence and in Greek Catholic monasteries.[4] He also issued the pastoral letter, "Thou Shalt Not Kill,"[5] to protest Nazi atrocities. During this period he secretly consecrated Josyf Slipyj as his successor.

Sheptytsky was also a patron of artists, students, including many Orthodox Christians, and a pioneer of ecumenism — he also opposed the Second Polish Republic policy of forced conversion of Polish Ukrainians into Latin Rite Catholics.[6] He strove for reconciliation between ethnic groups and wrote frequently on social issues and spirituality. He also founded the Studite and Ukrainian Redemptorist orders, a hospital, the National Museum, and the Theological Academy. He actively supported various Ukrainian organizations such as the Prosvita and in particular, the Plast Ukrainian Scouting Organization, and donated a campsite in the Carpathian Mountains called Sokil, and became the patron saint of the Plast fraternity Orden Khrestonostsiv.

He died in 1944 and is buried in St. George's Cathedral in Lviv. In 1958 the cause for his canonization was begun. 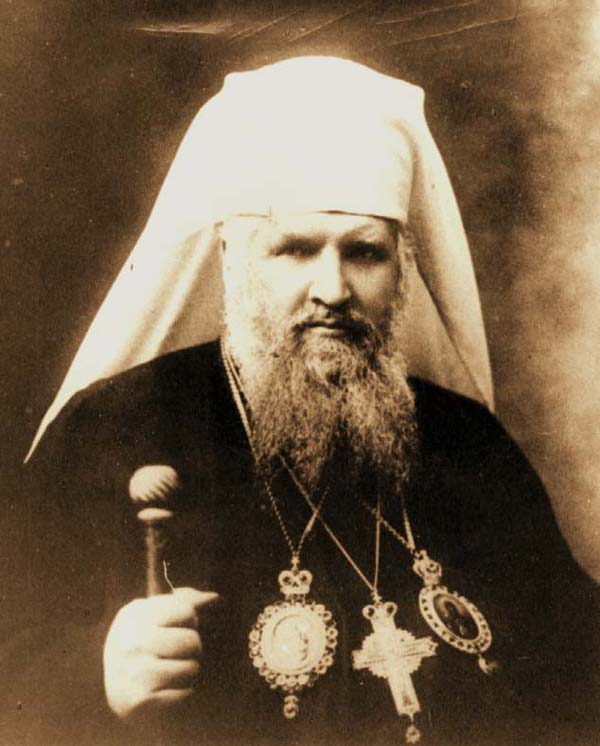 Archbishop Andreas Szeptycki in Philadelphia October 1910.
Add a photo to this gallery

Retrieved from "https://military.wikia.org/wiki/Andrey_Sheptytsky?oldid=5246997"
Community content is available under CC-BY-SA unless otherwise noted.