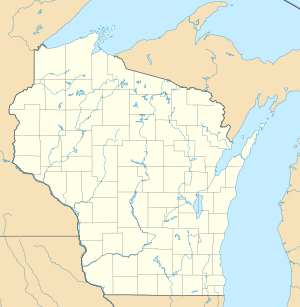 In late 1951 Air Defense Command selected Antigo, Wisconsin site as one of twenty-eight radar stations built as part of the second segment of the permanent radar surveillance network. Prompted by the start of the Korean War, on July 11, 1950, the Secretary of the Air Force asked the Secretary of Defense for approval to expedite construction of the second segment of the permanent network. Receiving the Defense Secretary’s approval on July 21, the Air Force directed the Corps of Engineers to proceed with construction.

On 1 May 1951 the 676th Aircraft Control and Warning Squadron began operating an AN/FPS-3 search radar and an AN/FPS-4 height-finder radar in June 1952, and initially the station functioned as a Ground-Control Intercept (GCI) and warning station. As a GCI station, the squadron's role was to guide interceptor aircraft toward unidentified intruders picked up on the unit's radar scopes. At the end of 1958 Antigo was operating an AN/FPS-20 search radar and an AN/FPS-6 height-finder radar. A second AN/FPS-6B height-finder radar was added in 1959. During 1960 Antigo AFS joined the Semi Automatic Ground Environment (SAGE) system, initially feeding data to DC-14 at K. I. Sawyer AFB, Michigan. After joining, the squadron was re-designated as the 676th Radar Squadron (SAGE) on 15 July 1960. The radar squadron provided information 24/7 the SAGE Direction Center where it was analyzed to determine range, direction altitude speed and whether or not aircraft were friendly or hostile. In June 1963, the SAGE feed was switched to DC-12 at McChord AFB. In October 1963, the data feed was switched to DC-10 at Duluth AFS, Minnesota and in June 1964 to DC-07 at Truax Field, Wisconsin.

Over the years, the equipment at the station was upgraded or modified to improve the efficiency and accuracy of the information gathered by the radars.

In March 1977 the Air Force announced that the station would be closing due to what was called "redundancies with more strategically located radars". The 676th Radar Squadron (SAGE) was inactivated on 30 June 1977, and the facility was closed. Today, Antigo Air Force Station remains abandoned, badly deteriorating 30 years after its inactivation.

Retrieved from "https://military.wikia.org/wiki/Antigo_Air_Force_Station?oldid=4318779"
Community content is available under CC-BY-SA unless otherwise noted.