The first battle honour was the motto Virtutis Namurcensis Præmium (Reward for valour at Namur),[3] ordered by King William III to be emblazoned on the colour of the 18th Regiment of Foot, later the Royal Irish Regiment, for their part in the Siege of Namur in 1695.[4] Many years later, in 1910, the honour Namur 1695 was awarded to 14 regiments, including the Royal Irish. In 1768, the 15th Light Dragoons, later 15th The King's Hussars, were uniquely awarded the honour Emsdorf[5] to be worn on their helmets in commemoration of their success at the Battle of Emsdorf in 1760.[6]

The first battle honour displayed on the colours in the modern manner[7] was awarded in 1784 when four infantry regiments[8] that took part in the defence of Gibraltar of 1779–83 were ordered to display the word Gibraltar on a scroll on their Second (now Regimental) Colour.[9] Later, a badge of the Castle and Key was added, with a scroll carrying the motto Montis Insignia Calpe[10] below it, and the word Gibraltar was changed to Gibraltar 1779–83.[11] Although this award was made promptly after the event, this is not always the case: the oldest battle honours, Tangier 1662–1680 and Tangier 1680, were awarded in 1909, over 220 years after the temporary but tumultuous occupation of that port.[12]

The procedure for awarding battle honours was originally extremely arbitrary.[13] For example, the victories of the Duke of Wellington in the Napoleonic Wars were copiously honoured, but those of the Duke of Marlborough in the War of Spanish Succession were entirely ignored. By the mid-19th Century, honours were being awarded for contemporary actions that were little more than skirmishes compared with the great European battles of the 18th Century. Much, too, depended on the persistence (or lack thereof) of successive individual colonels in badgering Horse Guards for honours for their regiments: to give but one example, the honour for Corunna was first awarded (to three battalions) in 1811; between then and 1842, it was awarded to a further 27 regiments and battalions.[14] A committee was therefore set up under Major-General Sir Archibald Alison in 1881 to determine the honours that should be awarded to the various regiments for past battles.[15][16] Although the Alison Committee remedied the worst of the injustices when it reported in 1882 (by, inter alia, awarding the honours Blenheim, Ramillies, Oudenarde and Malplaquet), another committee had to be set up in 1909 under the chairmanship of Lieutenant General Sir Spencer Ewart to continue the work.[17]

Also in 1832, the motto Ubique (Everywhere) was awarded by King William IV to the Royal Artillery and the Royal Engineers in recognition of their universal service.[22][23][24] It was stipulated that this was considered to be a battle honour, substituting for all other prior and future distinctions.[25][26] As such, it did not appear on the badges or appointments of the Territorial, Militia or Volunteer regiments of these Corps.[27][28] Despite it being the sole battle honour of the Royal Artillery, a number of Artillery officers who served in the First China War were awarded the personal honour China. This honour was displayed on their appointments and was not extended to other ranks or to the regiment as a whole. It was a unique award which was allowed to lapse in time, and the procedure was never repeated.

In 1834, the guidons of the light cavalry (Dragoons, Lancers and Hussars) were withdrawn in order to improve the mobility of these regiments.[29] Until they were restored (in a purely ceremonial role) by King George VI in 1952, these regiments displayed their honours on their officers' saddle cloths, their drums, drum banners and other appointments.[30]

In 1844, the display of honours and badges on the infantry's colours was standardized.[31] Embellishments that had previously been borne on either, or both, of a battalion's colours were, after this, only permitted to appear on the Second Colour, which was renamed the Regimental Colour. The First Colour was renamed the Royal Colour and was to be free of decoration other than for the Royal Crown and the regimental number.[32] The Foot Guards, however, continued to display their awards on all their colours (as they do, with some variation between the regiments, to this day).[33] In addition, the 1857 Dress Regulations ordered that the blades of the Foot Guards officers' swords be embossed[34] with the regiment's device and battle honours.[35][36]

The Second Boer War came as an unpleasant surprise to a British military establishment that had stagnated for decades under the command of the hidebound and reactionary Duke of Cambridge. As Lord Kitchener observed, 'The Boers are not like the Sudanese who stood up to a fair fight. They are always running away on their little ponies',[37] and the disasters of Black Week demonstrated that the Regular army was numerically, technologically and tactically ill-prepared to face a militarily competent and well-equipped adversary. Among the responses of the British government to these setbacks were the formation of the Imperial Yeomanry and the embodiment of the Militia and Volunteer battalions of the infantry regiments for overseas service. Many more corps, therefore, became eligible for campaign honours than had been the case in any previous war: including the Regular Army, Yeomanry, Militia and Volunteers, a total of 196 British regiments were awarded South Africa with appropriate year dates between 1899 and 1902.[38] The award was also made to a further 22 Canadian, 37 Australian, 23 New Zealand and 12 South African regiments. As pointed out above, the awards made to the Militia battalions lapsed when the Militia was disbanded.

The sheer scale of the Great War led to a previously unheard of number of honours being awarded and it was simply impractical to emblazon every one of them on the Regimental Colour.[39] It was at first ordered, in September 1922, that regiments should select up to 10 honours to be emblazoned on their Regimental Colours along with previous awards, up to a total of 24.[40] This led to a storm of protest, since many regiments would have had to remove previous honours. The order was, therefore, amended the following December to allow each infantry regiment to select up to 10 honours to be emblazoned on its King's Colour, honours from other conflicts continuing to be displayed on the Regimental Colour.[41] After the Second World War, a further 10 honours from that conflict were added to the King's Colour. Owing to amalgamations, more than the total of 20 First and Second World War awards may be found on the Queen's Colour of modern regiments.[42] Cavalry regiments emblazoned honours from the World Wars on the reverse side of their standards and guidons.

Battle honours of the Great War were almost invariably only awarded for engagements specifically named by the Battles Nomenclature Committee.[43][44] A particularly poignant exception to this rule is that of the Royal Newfoundland Regiment which applied for the honour Beaumont Hamel in memory of the first day of the Battle of the Somme, when the regiment was virtually wiped out.[45] The award was declined by the Battle Honours Committee because there was no official battle of that name.[46] After considerable correspondence between the Colonial Office and the government of Newfoundland, a compromise was reached whereby the regiment would be awarded the honour Albert (Beaumont Hamel) 1916, but only with the personal approval of the King. Needless to say, the King approved the award without hesitation.

The procedures after the Second World War were similar to those following the First. The re-formed Battles Nomenclature Committee made every effort to avoid using names that had been used by the Great War committee but, if this was not practicable, the awards were differenced by year date (e.g. Baghdad, Baghdad 1941).[47] If two separate engagements took place at the same location in the same year, they were differenced by Roman numerals (e.g. Cassino I, Cassino II). In several instances, the Battles Nomenclature Committee felt it was desirable to indicate the aim or nature of the operation, particularly when two separate operations took place at the same location (e.g. Capture of Tobruk, Defence of Tobruk).

During the Second World War, a number of Territorial Army infantry battalions and Yeomanry regiments were temporarily re-roled to other arms (particularly artillery, signals and reconnaissance) for the duration of the conflict and resumed their normal function at its end. It was decided that such units were not eligible for battle honours per se, but could apply for Honorary Distinctions commemorating service in actions and theatres that would, had they taken part in their normal roles, have entitled them to battle honours.[48] (Units whose conversion to the new arm was permanent were awarded battle honours appropriate to their new arm.) In the case of infantry battalions, these distinctions were awarded solely to the battalion concerned and were not borne by the other battalions of the regiment, and, unlike actual battle honours from the World Wars, were carried on the Regimental Colour. It appears that this decision was poorly received by the units concerned, particularly the Yeomanry,[49] and relatively few applications were made.[50]

The majority of battle honours were displayed simply as the name of the award inscribed on a decorative scroll. A number of honours, particularly those which were considered to be of particular significance, were awarded with a badge that in some way represented the engagement or theatre. Early examples were the castle and key for Gibraltar, mentioned above, and the sphinx for Egypt. Tiger and elephant badges were frequently awarded for engagements on the Indian sub-continent. Different badges might be awarded to different units for the same battle or campaign: the award Hindoostan, for example, was awarded without a badge to some regiments, with a tiger to others, and with an elephant to yet others.

GibraltarBadge.png
Badge of the castle and key awarded for the Great Siege of Gibraltar.

Badge of the sphinx awarded for the Egyptian Campaign of 1801.
IndiaElephantBadge.png
Badge of an elephant for the Second and Third Mysore Wars.[51]
IndiaTigerBadge.png
A tiger badge awarded for service in India.[52]

A China Dragon awarded for the First China War.
NavalCrownBadge.png
Naval crowns could be awarded to infantry battalions that took part in naval battles.[53]
MuralCrownBadge.png
A mural crown, uniquely awarded to the 13th (1st Somersetshire) Regiment (Light Infantry), later the Somerset Light Infantry, for the defence of Jellalabad.
RTR Distinction.png
An example of an Honorary Distinction awarded to a Territorial Army battalion re-rôled during the Second World War as an armoured regiment.[54] 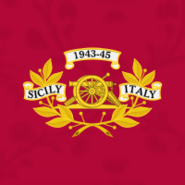 Another Honorary Distinction from the Second World War, here awarded to the Shropshire Yeomanry for service as a Royal Artillery regiment.[55]
Add a photo to this gallery

Between the Wars[edit | edit source]

Retrieved from "https://military.wikia.org/wiki/Battle_honours_of_the_British_and_Imperial_Armies?oldid=4508919"
Community content is available under CC-BY-SA unless otherwise noted.