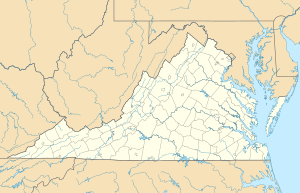 Bedford AFS was established by Air Defense Command in 1954 as part of a planned deployment of forty-four Phase I Mobile Radar stations. It was one of twenty-nine stations which were sited around the perimeter of the country to support the permanent ADC network of seventy-five stations. The deployment had been projected to be operational by mid-1952. Funding, constant site changes, construction, and equipment delivery delayed deployment The 649th Airborne Control and Warning Squadron achieved beneficial occupancy by 1 December 1954. Operational status was achieved in 1956 with the activation of the AN/MPS-8 and AN/MPS-11 radars, and initially the station functioned as a Ground-Control Intercept (GCI) and warning station. As a GCI station, the squadron's role was to guide interceptor aircraft toward unidentified intruders picked up on the unit's radar scopes. By 1958 the AN/MPS-8 had been superseded by a pair of AN/FPS-6 height-finder radars. In 1959 an AN/FPS-20A search radar replaced the AN/MPS-11 set. During 1959 Bedford AFB joined the Semi Automatic Ground Environment (SAGE) system, initially feeding data to DC-04 at Fort Lee AFS, Virginia. After joining, the squadron was re-designated as the 649th Radar Squadron (SAGE) on 1 October 1959. The radar squadron provided information 24/7 the SAGE Direction Center where it was analyzed to determine range, direction altitude speed and whether or not aircraft were friendly or hostile.

In 1960 this site also began performing air traffic control duties for the FAA. In 1963 the search radar was upgraded and redesignated as an AN/FPS-67. On 31 July 1963, the site was redesignated as NORAD ID Z-121. Over the years, the equipment at the station was upgraded or modified to improve the efficiency and accuracy of the information gathered by the radars. The 649th was inactivated and the Air Force closed the facility on 30 June 1975. Afterward the FAA took over the facility, and today it is an active Joint Surveillance System (JSS) site, now operating an ARSR-3 Long Range Air Route Surveillance Radar. Most of the buildings on the site have been torn down, the housing and GATR site have been obliterated as well.

Retrieved from "https://military.wikia.org/wiki/Bedford_Air_Force_Station?oldid=4345055"
Community content is available under CC-BY-SA unless otherwise noted.