A caponier is a type of fortification structure. The word originates from the French word caponnière.

The fire coming from the feature (e.g. muskets, machine-guns, case-shot etc.) sweeps along the bottom of the attendant ditch that constricts the movement of storming infantrymen to an enfilade alignment of greatest exposure and so prevents the enemy from establishing itself there.

In some types of bastioned fortifications, the caponier served only as a covered means of access to the outworks, with the bastion-trace allowing for the defence of the ditch by fire from the main parapets.

Originally the term referred to a covered passage way that traversed the ditch between the walls of a fortress and a ravelin outside the wall. This was more than simply a passage however as fire from this point could sweep the ditch between the ravelin and the curtain wall and inflict devastating damage on any attempt to storm the wall. Thus the passageway was equipped with musket ports and cannon ports that fired along the ditch.

While fortifications were evolving to the simpler polygonal style, the term was used to describe the blockhouses set in the corners of the ditch that provide the same function in that style of fort.

It usually takes the form of a low blockhouse, often partly sunk into the floor of the ditch, projecting outward into the ditch with access from the main fortress via a passage through the curtain wall, or as fortresses became largely underground, via a tunnel from within the fort. The roof is vulnerable to plunging fire, and is thus usually exceedingly thick and curved to deflect falling shells, or covered with a thick layer of earth.

The caponier is usually equipped with a firing step and rifle ports to allow troops to fire along the ditch, and often has provision for small cannon to sweep the ditch as well. To clear the smoke and fumes from the firing the roof of the caponier is often provided with ventilation ports.

An alternative to the caponier is a counterscarp battery, dug into the outer face of the corner of the ditch, giving a similar field of fire. Again reached by a tunnel from within the fort, it does not have the vulnerable roof that the caponier has, but being outside the ditch, is potentially more vulnerable to mining. Both structures may be found in the same fort.

Caponiers are a common feature of 19th-century fortifications, and are found on almost all the Victorian forts of Malta, the Palmerston Forts in UK, the Lisbon Entrenched Camp forts in Portugal, fortifications in many Nordic countries, and in: 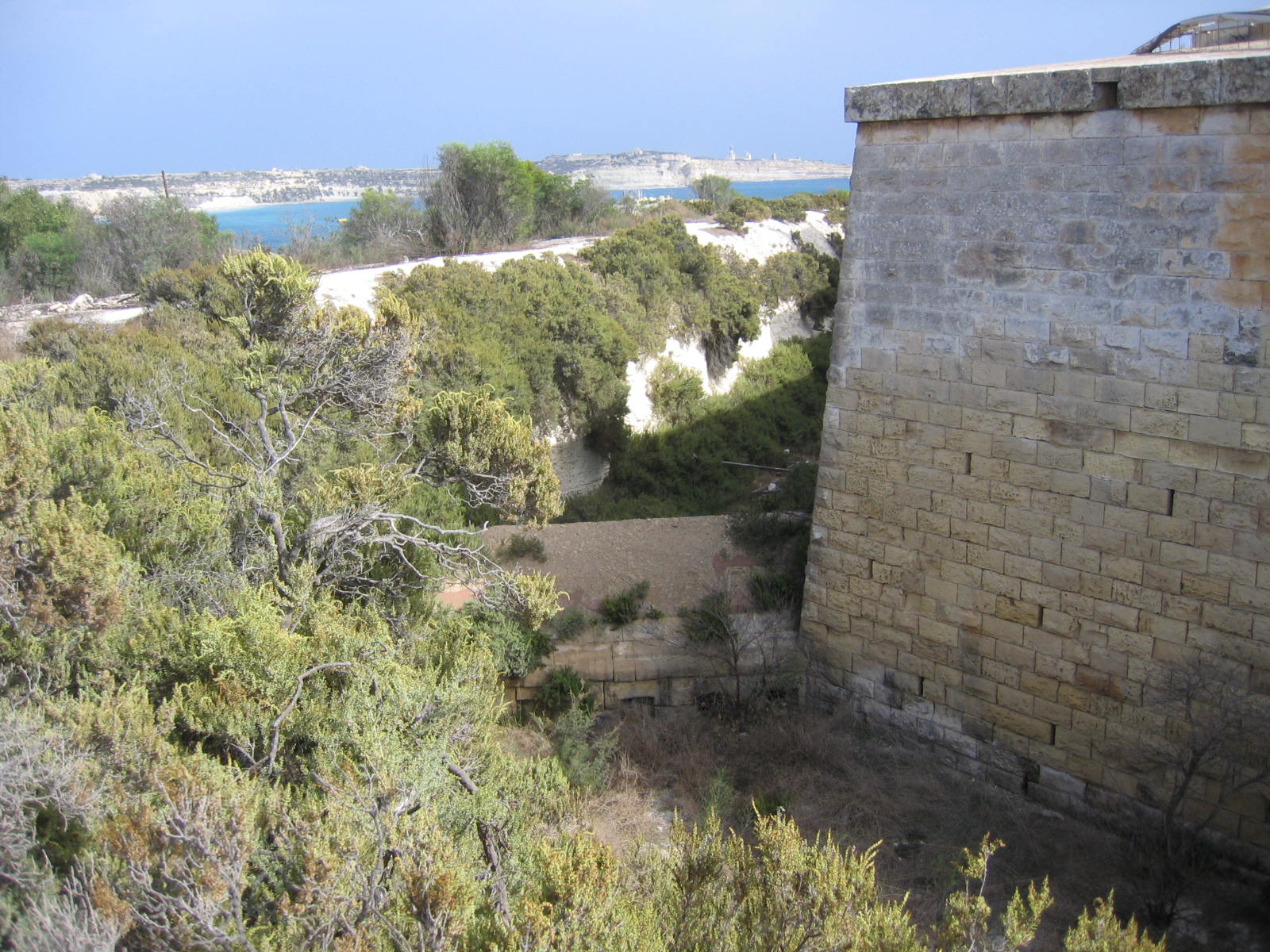 Retrieved from "https://military.wikia.org/wiki/Caponier?oldid=2595520"
Community content is available under CC-BY-SA unless otherwise noted.