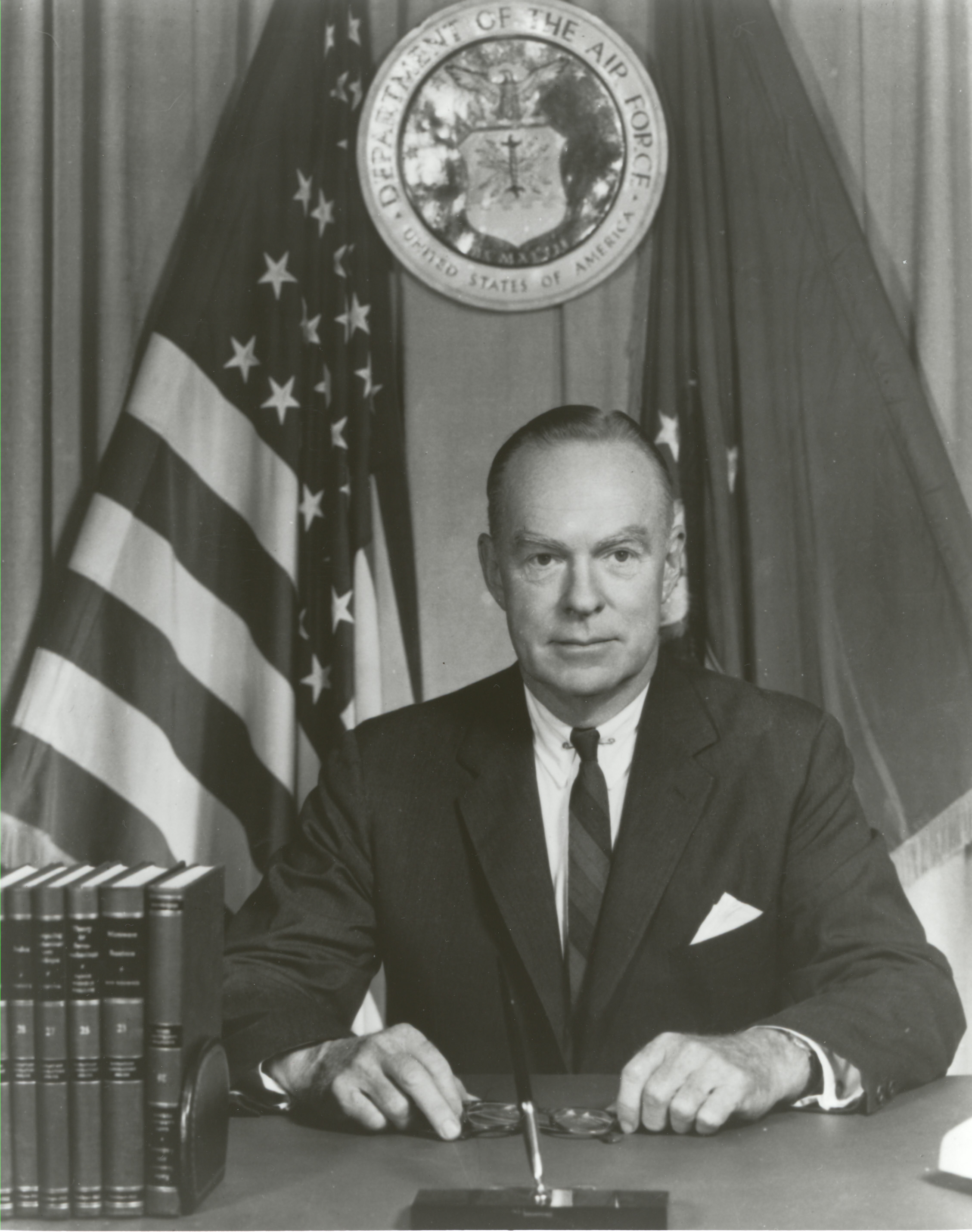 Born in Houston, Texas, Dudley C. Sharp was the son of Walter Benona Sharp. He graduated from Princeton University in 1928 and joined the Mission Manufacturing Company of Houston, holding many positions within the firm. He served in the United States Navy from 1942 to 1945.

Sharp was also best friends with Howard Hughes for a time in his early life. Dudley met Howard because both Howard and Dudley's fathers were business partners in the Sharp-Hughes Tool Company in Houston. Sharp was married to Tina Cleveland, daughter of Justina Latham and W. C. Cleveland of Houston.

Retrieved from "https://military.wikia.org/wiki/Dudley_C._Sharp?oldid=2691190"
Community content is available under CC-BY-SA unless otherwise noted.