The Fusiliers Marins ("Naval Fusiliers") are units specialised in the protection and defence of key sites of the French Navy on land. They consist of about 1,800 men.

They also protect the DOM/TOM where interarm transmission stations are located.

The missions of the Fusiliers Marins are

In 1627, Richelieu founded the Régiment de la Marine. It was to provide onboard troops capable of fighting on land or on sea, and commanded by the officers of the ship. These troops were part of the crew, and helped with navigation.

The base unit was the 70-man company, compagnie détachée de la Marine. It was commanded by a lieutenant des vaisseaux du Roi ("Lieutenant of the Ships of the King") and two ensigns. These companies fought in all French colonies, particularly in Nouvelle France. An anonymous Fusilier de Marine is credited for Nelson's death during the Battle of Trafalgar.

As the crews of the ships lacked personnel trained for fighting on land, the imperial decree of 5 June 1856 created the specialisation of marin fusilier. The Fusiliers-Marins was initially composed of sailors and naval officers who were sent for special infantry training in Lorient in order to form the marine detachments aboard ships and conduct small scale landings. This was not the first time that the French had tried this approach. Before the First Republic, the Corps royal de l'infanterie de la marine had been superseded by the Corps royal de canonniers-matelots on 1 January 1786.

These troops were notably engaged during the war of 1870 and the defence of Paris. Two battalions of Fusiliers-Marins, under the respective commands of capitaines de frégate Laguerre and de Beaumont, took part in the Tonkin campaign as part of the Tonkin Expeditionary Corps, distinguishing themselves at Son Tay and Bac Ninh. In 1900 they participated in the fighting during the Boxer Rebellion and it was on the same year that the fusiliers were finally confirmed as part of the naval service as their counterparts in the troupes de marine (troupes coloniales) moved on to the Army via the War Ministry.

In World War I, their famous defense in 1914 of Diksmude in the Battle of the Yser stands out. They also served at the Dardanelles and in Macedonia.

The fusiliers-marins were busy studying amphibious warfare, testing experimental landing craft and taking part in exercices combinés from the late 1920s until the mid-1930s.

The Naval Fusiliers wear a dark blue beret, pulled right with their own distinctive badge worn over the left eye or temple. Along with the Naval Commandos, they are unique among French forces in wearing the beret this way. 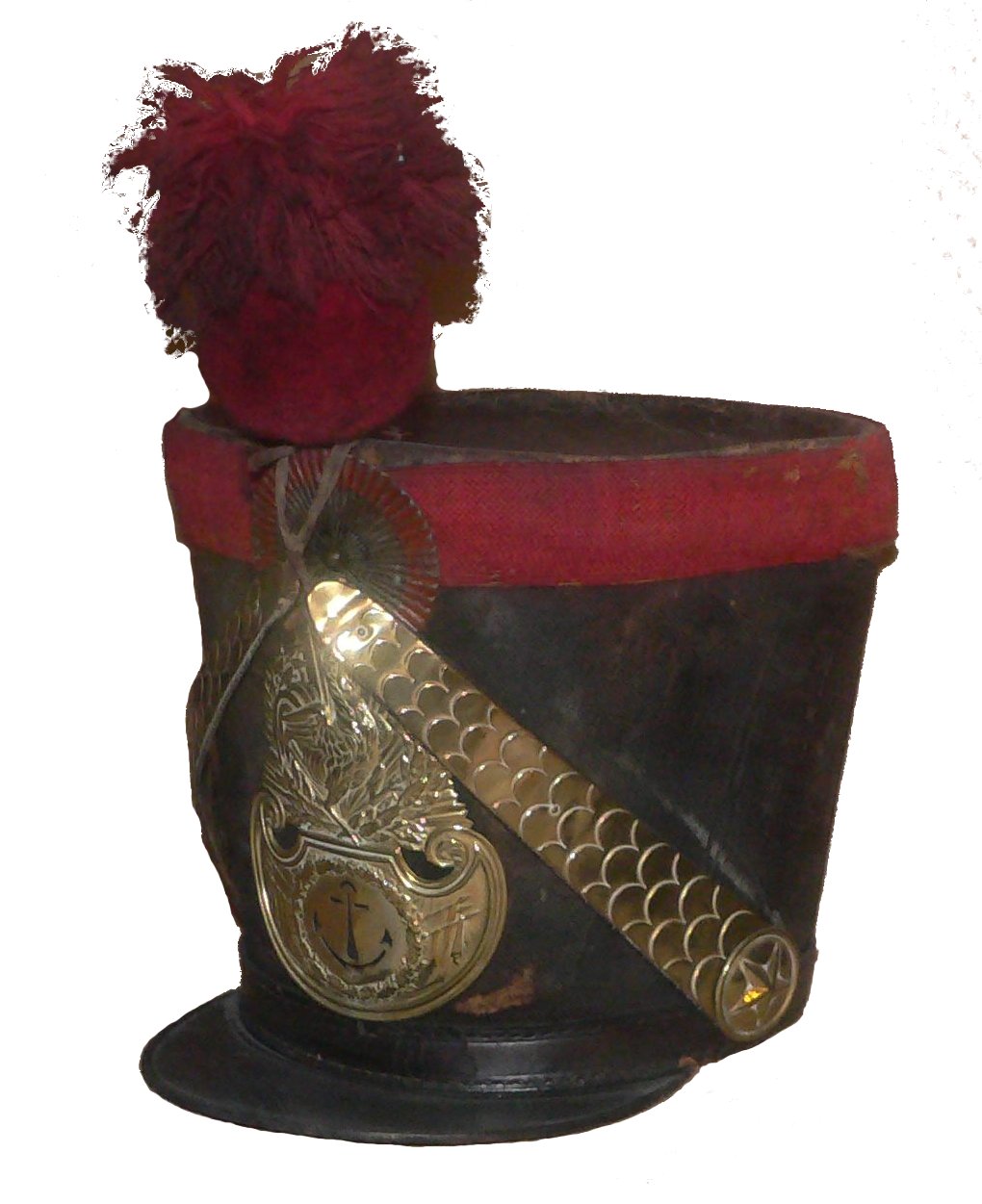 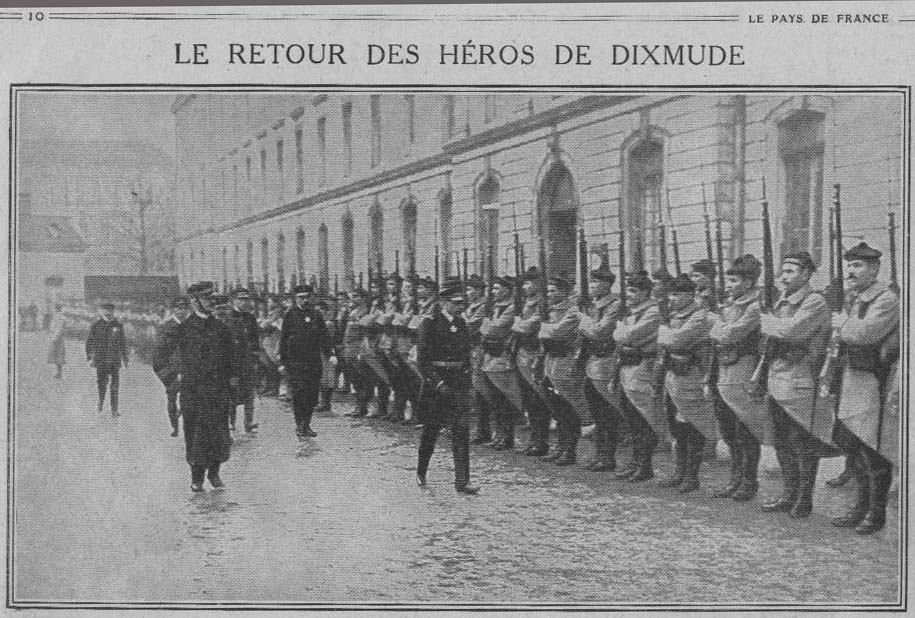 Fusiliers marins decorated after the Battle of the Yser.

Inspections at sea are often carried out by fusilliers marins

Retrieved from "https://military.wikia.org/wiki/Fusiliers_Marins?oldid=2241494"
Community content is available under CC-BY-SA unless otherwise noted.