Seventeen clasps were approved for the 1918 GSM. These clasps comprise of small metal bars into which the name of the relevant campaign or theatre of operations was moulded. The clasps were then attached to the medal's suspension bar. The 1918 GSM was never awarded without a clasp.

This clasp was awarded for the following:
The 1924 Army Order No. 387 and Army Instruction (India) No. 132 of 1925 extended this clasps eligibility requirements to cover operations in Kurdistan. These additional qualify periods are

This clasp was presented to those who satisfied one of the following conditions:

Awarded to members of Noperforce (North Persia Force) and those on various lines of communications serving under Brigadier-General H.F. Bateman-Champain in 1920.

For operations against Sheik Admed of Barzan in the area Diana – Erbil – Aqra – Suri due north to the Turkish frontier, between the dates of 15 March and 21 June 1932.

For service in Mandatory Palestine between the dates 19 April 1936 and 3 September 1939, during the Arab Revolt.

Awarded to British personnel involved in South-East Asia after the Japanese surrender of 15 August 1945, for various activities such as guarding Japanese POWs and maintaining law and order. By November 1946, British troops had handed over their responsibilities to the territories former colonial powers.

Awarded for a total of 180 days active service in the removal of mines and bombs in the UK between May 1945 and September 1949. Queen Elizabeth II approved the eligibility to run to 1956.
Those who qualified for the original period, 1945–1949, were awarded this clasp

Part of the resolution of the 1936-9 revolt was the imposition of an immigration quota for Jews wishing to enter Palestine. This was opposed by the Jewish settlers in Palestine and in 1944, a guerrilla war was launched against the British forces there, principally by the Irgun and Lehi. While service in this conflict prior to 1945 is counted as World War Two service, service between 27 September 1945 (the date a "state of emergency" was declared) and 30 June 1948 (when the last British troops departed) is acknowledged by this clasp to the GSM.

In 1956 the Cypriot movement for union with Greece (called "Enosis") started under the leadership of Archbishop Makarios and General George Grivas. The General led the guerrilla organisation EOKA against the British troops stationed on the island. The conflict was often a bloody affair, involving 40,000 British troops over 4 years.

This clasp was awarded for service in the Middle east in the period 31 October to 22 December 1956. This is the conflict often referred to as the Suez Crisis, or by its codename of Operation Musketeer.

Due to a disagreement about land and associated oil rights, the Iman of Oman rebelled against the Sultan of Muscat. After initial setbacks, in 1955 the Sultan called for assistance from UK forces. It was not until British special forces were deployed that the rebels were dislodged from their territory in the Jebel Akhbar mountains.
The qualifying period for this clasp is 30 days' service between 1 January 1957 and 30 June 1960, in the Aden Colony or protectorate and the Sultanates of Muscat and Oman, or any of the adjacent Gulf states.

For a minimum 1 days' service in at least one of the operational areas located in the State of Brunei, North Borneo or Sarawak between 8 December 1962 and 23 December 1962. 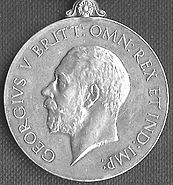 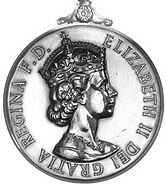 Retrieved from "https://military.wikia.org/wiki/General_Service_Medal_(1918)?oldid=2229486"
Community content is available under CC-BY-SA unless otherwise noted.