The German Flood Service Medal 2002 (German: Einsatzmedaille Fluthilfe 2002) is a decoration of the Federal Republic of Germany.

The decoration was awarded to all German military members, foreign armed service members, civilian rescue forces and civilians, who had collaborated with the flood disaster relief efforts in Germany in the summer of 2002. It was approved for wear by the Minister of Defence, but was created by the Ministry of the Interior. The medal is awarded in the same class to all German soldiers regardless of rank. It is the only type of its kind in the German awards system. Some German federal states have created their own flood medals for its citizens, but The German Flood Service Medal 2002 is the only federally created flood decoration in Germany.

The medal is round, on its center is displayed the German eagle with a flood wave and a half sunk house, the reverse side is plain with the words "Gratitude and Recognition" (German: Dank und Anerkennung). 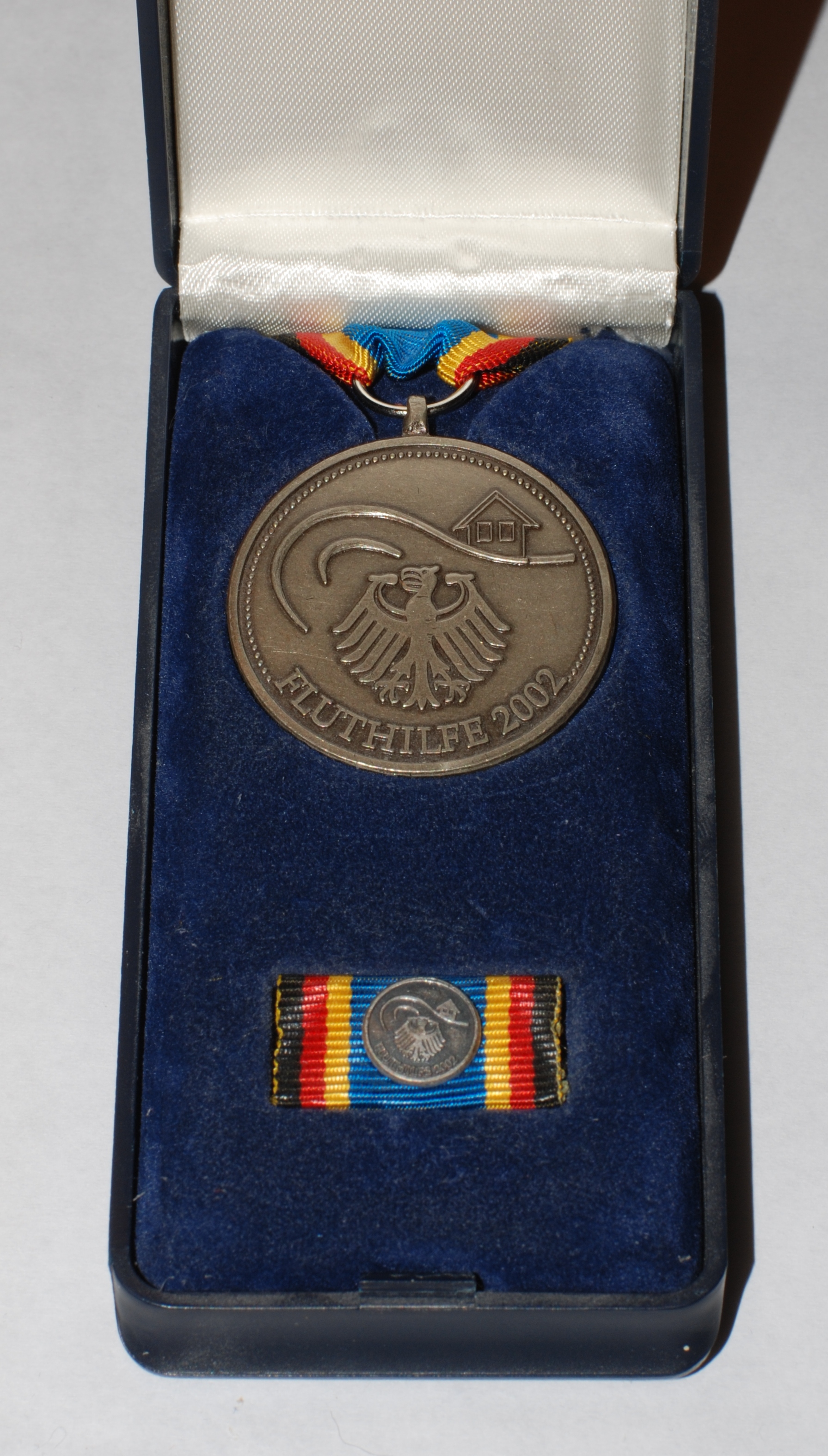 Backside
Add a photo to this gallery

Retrieved from "https://military.wikia.org/wiki/German_Armed_Forces_Flood_Service_Medal?oldid=4186219"
Community content is available under CC-BY-SA unless otherwise noted.