The Ghana Army is the army of the Republic of Ghana. In 1959, two years after the Gold Coast obtained independence as Ghana, the Gold Coast Regiment was withdrawn from the Royal West African Frontier Force, and formed the basis for the new Ghanaian Army. Together with the Ghanaian air force and Ghanaian navy, the Army makes up the Ghana Armed Forces, controlled by The Ministry of Defence and Central Defence Headquarters, both located in Accra.

The command structure for the army forces in Ghana originally stemmed from the British Army's West Africa Command. Lieutenant General Lashmer Whistler was the penultimate commander holding the command from 1951 to 1953. Lt Gen Sir Otway Herbert, who left the West Africa Command in 1955, was the last commander.[1] The command was dissolved on 1 July 1956.[2]

In 1957, the Ghana Army consisted of its headquarters, support services, three battalions of infantry and a reconnaissance squadron with armoured cars. Total strength was approximately 5,700 men.[3] Partially due to an over-supply of British officers after the end of the Second World War, only 12% of the officer corps in Ghana, 29 officers out a total of 209 in all, were Ghanaians at independence.[4] Under Major General Alexander Paley, there were almost 200 British officers and 230 warrant officers and senior commissioned officers posted throughout the Ghanaian Army.

Ghanaian Prime Minister Kwame Nkrumah wished to rapidly expand and Africanise the army in order to support his Pan-African and anti-colonial ambitions. Thus in 1961, 4th and 5th Battalions were established, and in 1964 6th Battalion was established, from a parachute unit originally raised in 1963.[5] Second Infantry Brigade Group was established in 1961 to command the two battalions raised that year. However, 3rd Battalion was disbanded in February 1961 after an August 1960 mutiny while on Operation des Nations Unies au Congo service at Tshikapa in the Democratic Republic of the Congo.[6] The changeover from British to Ghanaian officers meant a sudden lowering of experience levels. The Ghanaian commanding officer of 3rd Battalion, Lieutenant Colonel David Hansen, had on appointment as battalion commander only seven years of military experience, compared to the more normal twenty years' of experience for battalion commanders in Western armies. He was badly beaten by his troops during the mutiny.[7] 4th Battalion was raised under a British commanding officer, Lieutenant Colonel Douglas Cairns, from the single company of the 3rd Battalion that had not mutinied.

Initial British planning by Paley before his departure in 1959 had provided for all British officers to be withdrawn by 1970; however, under pressure from Nkrumah, Paley's successor Major General Henry Alexander revised the plans, seeing all British personnel to depart by 1962. However, in September 1961, Alexander and all other British officers and men serving with the Ghanaian armed forces were abruptedly dismissed.[8] Nkrumah was determined to indigenize his armed forces fully, after some years of accelerated promotion of Ghanaian personnel.

Simon Baynham says that “the wholesale shambles which surely must have resulted from simply expelling the expatriate contract and seconded officers was averted by the arrival of Canadian military technicians and training officers.”[9] Canadian training team personnel were assigned to the Military Academy (1961-1968), the Military Hospital, as Brigade Training Officers (1961-1968), to the air force, and later the Ministry of Defence (1963-1968), Ghana Army Headquarters (1963-1968) and the Airborne School.[10]

Matters deteriorated further after the coup that deposed Nkrumah. In July 1967, Canadian Colonel James Bond, the Canadian military attache, asked to write a report on how Canada could further assist the Ghanaian armed forces, Bond wrote on '1966 preoccupation of.. senior officers with their civilian duties as members of the National Liberation Council and as regional administrators'.[11]

Ghana has contributed forces to numerous UN and ECOWAS operations, including in the Balkans, Afghanistan, Democratic Republic of the Congo, Lebanon, and Liberia (ECOMOG and UNMIL). Ghana contributed UN peacekeeping in UNAMIR during the Rwandan Genocide. In his book Shake Hands with the Devil, Canadian force commander Romeo Dallaire gave the Ghanaian soldiers high praise for their work during the conflict, in which the Ghanaian contingent lost 3 soldiers. 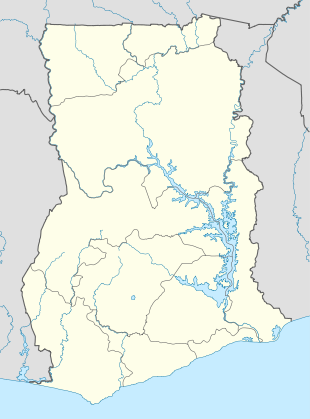 The Ghana army is divided into two brigade sized "commands":

The army has a number of units designated as combat support, including its armour, artillery, engineers and signals:

Chiefs of the Army Staff[]

The head of the Ghana Army was formerly referred to as the army commander but now has the title above. The list of former heads lies below.[12]

It is similar to the British army ranks structure They are arranged in descending order: