Group captain (Gp Capt or Grp Cpt in the RAF, IAF and PAF, GPCAPT in the RNZAF and RAAF; formerly sometimes G/C in all services) is a senior commissioned rank which originated in the Royal Air Force.[1] The rank is also used by the air forces of many countries which have historical British influence and it is sometimes used as the English translation of an equivalent rank in countries which have a non-English air force-specific rank structure. It ranks above wing commander and immediately below air commodore. The name of the rank is the complete phrase, and is never shortened to "captain".

It has a NATO ranking code of OF-5, and is equivalent to a captain in the Royal Navy or a colonel in the British Army or the Royal Marines. Group captain is the rank usually held by the station commander of a large RAF station.

On 1 April 1918, the newly created RAF adopted its officer rank titles from the British Army, with Royal Naval Air Service captains and Royal Flying Corps colonels becoming colonels in the RAF. In response to the proposal that the RAF should use its own rank titles, it was suggested that the RAF might use the Royal Navy's officer ranks, with the word "air" inserted before the naval rank title. For example, the rank that later became group captain would have been "air captain". Although the Admiralty objected to this simple modification of their rank titles, it was agreed that the RAF might base many of its officer rank titles on naval officer ranks with differing pre-modifying terms. It was also suggested that RAF colonels might be entitled "bannerets" or "leaders". However, the rank title based on the Navy rank was preferred and as RAF colonels typically commanded groups the rank title group captain was chosen. The rank of group captain has been used continuously since 1 August 1919.

The rank insignia is based on the four gold bands of captains in the Royal Navy, comprising four narrow light blue bands over slightly wider black bands. This is worn on both the lower sleeves of the tunic or on the shoulders of the flying suit or the casual uniform. Group captains are the first rank in the RAF hierarchy to wear gold braid on the peak of their cap, informally known as 'scrambled egg'; however, they still wear the standard RAF officer's cap badge. 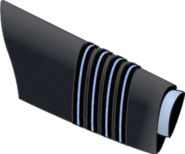 An RAF group captain's sleeve as it appears on the No. 1 dress
Add a photo to this gallery

The Royal Canadian Air Force used the rank until the unification of the Canadian Forces in 1968, when army-type rank titles were adopted. A Canadian group captain then became a colonel. In official French Canadian usage, a group captain's rank title was colonel d'aviation. In the Argentine Air Force commodoro (commodore) is the rank in Argentine Spanish while in the Chilean Air Force, the rank in Chilean Spanish is colonel de aviacion or "colonel of aviation".

Retrieved from "https://military.wikia.org/wiki/Group_captain?oldid=2232248"
Community content is available under CC-BY-SA unless otherwise noted.