HNLMS Rotterdam (Dutch language: Zr.Ms. Rotterdam ) is a Landing Platform Dock (LPD) amphibious warfare ship of the Royal Netherlands Navy. The ship was the result of a joint project between the Netherlands and Spain, which resulted in the Enforcer design. The ship is equipped with a large helicopter deck for helicopter operations and a dock for large landing crafts. The ship has a complete Class II hospital, including an operating theater and intensive care facilities. A surgical team can be stationed on board. The ship also has a desalination system enabling it to convert seawater into drinking water.

In October 2012, while serving as the flagship for Operation Ocean Shield, Rotterdam sank a suspected Somali pirate ship off the east coast of Africa.[2] Rotterdam came under sustained attack from shore based weapons while rescuing the crew of the sunken ship and sustained damage to one of its small boats.[3] 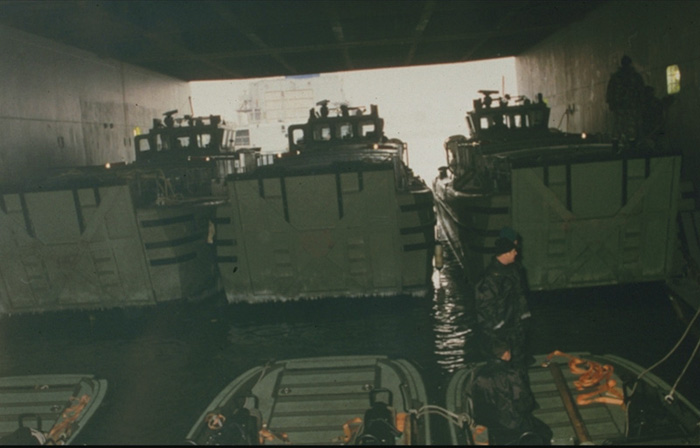 Retrieved from "https://military.wikia.org/wiki/HNLMS_Rotterdam_(L800)?oldid=4150358"
Community content is available under CC-BY-SA unless otherwise noted.