The Kriegsmarine (In English: War Navy) Was the name given to German Navy between 1935 and 1945 during the regime Nazi, Replacing Reichsmarine and Kaiserliche Marine of WWI.

The Navy found itself engaged primarily in the actions of the invasion of Norway in April 1940 and Battle of the Atlantic. Among other minor operations was the sinking of HMS Royal Oak, HMS Glorious, HMS Hood, Scharnhorst and Cap Arcona. Many of warships and battleships Germans were held near the coast and in many cases ports due to fear of loss of them in combat, being intensively used to provide artillery fire along the Baltic coast, to protect the German ground forces that were in retreat. 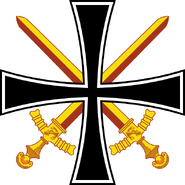 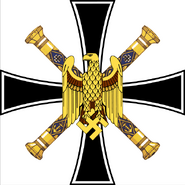 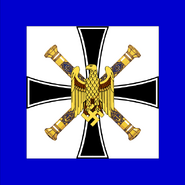 Retrieved from "https://military.wikia.org/wiki/Kriegsmarine?oldid=5318518"
Community content is available under CC-BY-SA unless otherwise noted.