The MUOS operates as a global cellular service provider to support the war fighter with modern cell phone-like capabilities, such as multimedia. It converts a commercial third generation (3G) Wideband Code Division Multiple Access (WCDMA) cellular phone system to a military UHF SATCOM radio system using geosynchronous satellites in place of cell towers. By operating in the UHF frequency band, a lower frequency band than that used by conventional terrestrial cellular networks, the MUOS provides warfighters with the tactical ability to communicate in "disadvantaged" environments, such as heavily forested regions where higher frequency signals would be unacceptably attenuated by the forest canopy. The MUOS constellation will consist of four operational satellites and one on-orbit spare. MUOS will provide military point-to-point and netted communication users with precedence-based and pre-emptive access to voice, data, video, or a mixture of voice and data services that span the globe. Connections may be set up on demand by users in the field, within seconds, and then released just as easily, freeing resources for other users. In alignment with more traditional military communications methods, pre-planned networks can also be established either permanently or per specific schedule using the MUOS' ground-based Network Management Center.

The Navy's Communications Satellite Program Office (PMW 146)[4] of the Program Executive Office (PEO) for Space Systems in San Diego is lead developer for the MUOS Program. Lockheed Martin is the Prime System Contractor and satellite designer for MUOS under U.S Navy Contract N00039-04-C-2009, which was announced September 24, 2004.[5] The cost-plus-incentive-fee-and-award-fee contract award for the MUOS defined a base period-of-performance of seven years valued at $2,110,886,703. The base contract provides for an Initial Operational Capability comprising two satellites with the associated MUOS ground control elements.[6] The contract also defined contract options[7] which, if exercised, would add four years and $1,154,948,927 to the base. Key subcontractors include General Dynamics (Ground Transport architecture), Boeing (Legacy UFO and portions of the WCDMA payload) and Harris (deployable mesh reflectors). The first MUOS satellite was scheduled for launch in late 2009 with on-orbit capability achieved in 2010.

In addition to the cellular MUOS WCDMA payload, a fully capable and separate UFO legacy payload is incorporated into each satellite. The "Legacy" payload extends the useful life of legacy UHF SATCOM terminals and enables a smoother transition to MUOS. The Joint Tactical Radio System (JTRS) is the program of record that will provide the DoD terminals that can communicate with the MUOS WCDMA waveform. MUOS also allows on-the-move users access to shore-based, DoD-exclusive telephone and INTERNET networks of the Defense Information Systems Network (DISN) services via the DoD Teleport and the MUOS ground infrastructure.

After several range weather delays, the first MUOS satellite, MUOS-1, launched into space successfully on February 24, 2012, carried by an Atlas V rocket flying in its 551 configuration.[8]

The MUOS will include four ground station facilities.[3] Site selections were completed in 2007 with the signing of a Memorandum of Agreement (MOA) between the U.S. Navy and the Australian Department of Defence. The four ground stations, each of which serves one of the four active satellites of the MUOS constellation will be located at: the Australian Defence Satellite Communications Station at Kojarena[10] about 30 km east of Geraldton, Western Australia; Naval Radio Transmitter Facility (NRTF) Niscemi about 60 km from Naval Air Station Sigonella[11] Sicily, Italy; Naval SATCOM Facility, Northwest Chesapeake, Southeast Virginia; and the Naval Computer and Telecommunications Area Master Station Pacific, Hawaii.[12]

The Navy's 2007 RDT&E Budget Item Justification for 0303109N Satellite Communications (Space), indicates that MUOS efforts in the period from FY2006-FY2009 will focus on, among other activities, designing, developing, fielding, and testing the MUOS ground segment.[13]

Some people in Sicily are demonstrating in opposition to the perceived health risks of long-term exposure to the high-power transmissions (in the mobile frequency range), in particular about the MUOS installation in Sicily (Niscemi) there is a risk analysis conducted by Dr Massimo Zucchetti professor of "Radiation Protection" the Polytechnic University of Turin and Research affiliate at MIT Massachusetts Institute of Technology, and by Dott. Massimo Coraddu external consultant - Energy Department at the Politecnico di Torino (ITALY), claiming the following: "The purpose of this report is to analyze the various types of risk associated with the realization the telecom station MUOS (Mobile User Objective, System) at the station Naval Radio Transmitter Facility (NRTF) of the town of Niscemi. Assessment of the risks to health of the population due to direct, the risk of accidents due to interference electromagnetic, and those associated with damage that can cause emissions to the environment surrounding. The findings point to serious risks to people and the environment, from these finding it should be avoided its realization in densely populated areas, such as adjacent to the town of Niscemi.", "In conclusion, for a principle of safeguarding the health of the population and the environment, it should not be allowed to install any additional sources of electromagnetic fields at the station NRTF in Niscemi, and indeed it's necessary to deepen the study of existing emissions and schedule a rapid reduction in accordance with the procedure of "reduction in conformity" under the Italian legislation into force. With the emissions of the system MUOS there are risks of serious accidents and damage to health of the population and the environment, which should be carefully considered, to prevent damages to population at a distance of just a few Km from densely populated areas, such as the town of Niscemi." [14] 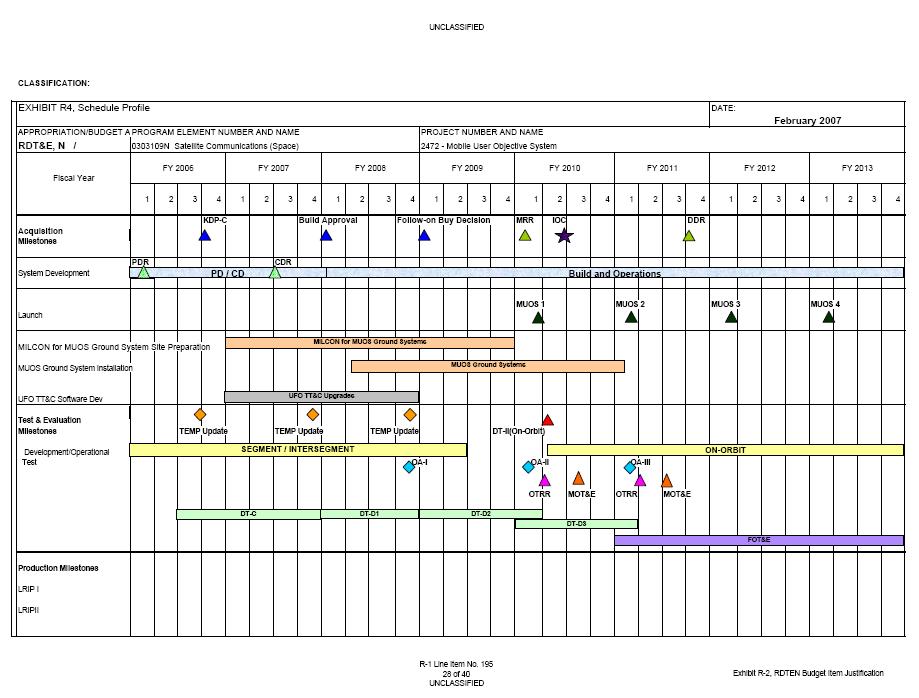 Retrieved from "https://military.wikia.org/wiki/Mobile_User_Objective_System?oldid=4415374"
Community content is available under CC-BY-SA unless otherwise noted.