For the method of shooting films and television programs, see Multiple-camera setup.

MultiCam is a Crye Precision camouflage pattern designed for use in a wide range of conditions. Variants of it, some unlicensed, are in use with armed forces. The pattern is also sold for military usage.

First introduced in 2002,[1] MultiCam was designed for the use of the U.S. Army in varied environments, seasons, elevations, and light conditions. It is a seven-color,[2] multi-environment camouflage pattern developed by Crye Precision[3] in conjunction with U.S. Army Natick labs.

The pattern was included in the U.S. Army's move to replace the 3-Color Desert and Woodland patterns, but in 2004 lost to the Universal Camouflage Pattern (UCP) that came to be used in the Army Combat Uniform. However, it was re-commissioned by the U.S. Army in 2010, replacing UCP for units deploying to the War in Afghanistan, under the designation, Operation Enduring Freedom Camouflage Pattern (OCP).[4][5] It had already been used by some American special operations units and civilian law enforcement agencies.[6]

MultiCam is available for commercial sale to civilians.[7]

A version of Multicam has been adopted by the armed forces of the United Kingdom as the Multi Terrain Pattern (MTP), replacing their previous DPM camouflage. MTP retains the colour palette of Multicam but incorporates shapes similar to the previous DPM scheme. After using the Multicam scheme in Afghanistan, Australia has also adopted its own version, like the UK forces combining the colours of Multicam with some of the shapes from its earlier DPCU / Auscam pattern.

MultiCam has background colors of a brown to light-tan gradient and lime green blending in between, the main part consists of green to yellowish green gradient and finally dark brown and light pinkish blotches spread throughout the pattern. This allows for the overall appearance to change from greenish to brownish in different areas of the fabric, while having smaller blotches to break up the bigger background areas.

A non-licensed copy of the original pattern is slightly darker or with pink or yellow tone and printed on different fabric.[8] Another non-licensed copy, called Suez pattern, similar to original MultiCam, is used by Polish special forces GROM, BOA and BOR.[9]

On 19 November 2010, after trials by Australian special operations forces, the Australian Defence Force announced that Multicam will be standard for all regular Australian Army personnel in Afghanistan. Multicam, it is said, provided "... troops with greater levels of concealment across the range of terrains in Afghanistan – urban, desert and green." Previously, depending upon the terrain, Australian troops had to transition between green and desert colored Australian Disruptive Pattern Camouflage Uniforms (DPCU or AUSCAM).[10][11] On 30 May 2011 the Defence Material Organisation announced that they had obtained licence to produce Multicam in Australia for US$4.7 million and Crye would also design a new uniquely Australian pattern for another US$3.1 million.[12]

Australian special forces in Multicam, June 2010.
Add a photo to this gallery

A Sailor's Uniform.
Add a photo to this gallery

A version of MultiCam has been adopted by the Federal Security Service and by the Internal Troops of the MVD. 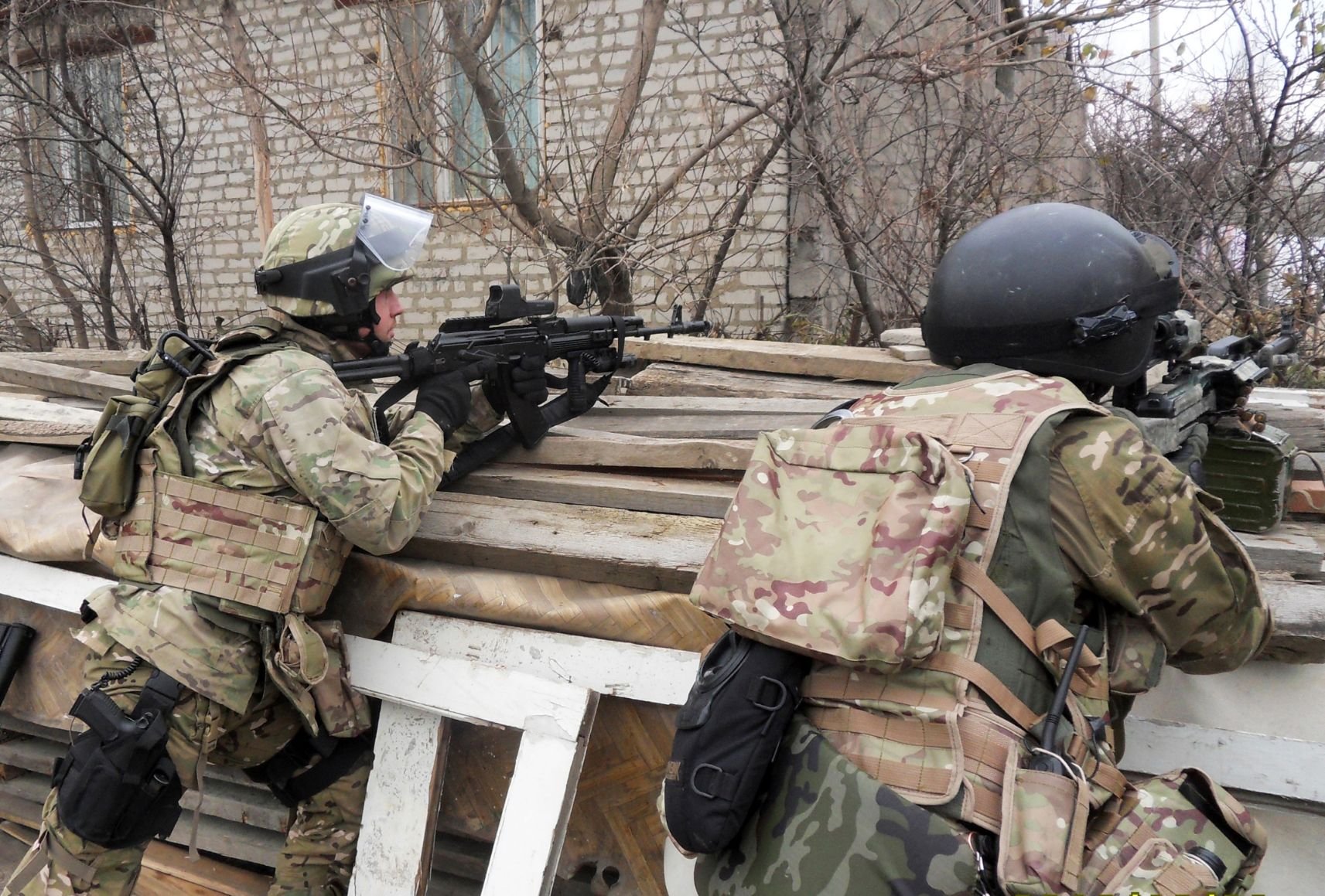 Russian FSB agents in December 2010, during an operation in Makhachkala.
Add a photo to this gallery

The pattern is also in use with UKSF in Afghanistan. British forces deployed in Afghanistan have been using a MultiCam variant, Multi-Terrain Pattern, since March 2010. Crye's MultiCam technology was determined to be the best performing, across the widest range of environments (by a significant margin) and was subsequently selected as the basis for the new MTP camouflage, combined with the existing British Disruptive Pattern Material pattern.[13][14]

MultiCam is currently in use by some units of the U.S. Special Operations Command,[15][16] and some private military contractors.[17] Several members of the U.S. Army's Charlie Company, 2d Battalion, 12th Infantry Regiment were also seen wearing MultiCam when followed by ABC News.[18] The United States Air Force just recently announced that they will be adopting use of MultiCam for some of their uniforms. In early 2010, U.S. Army soldiers in Afghanistan equipped with the Universal Camouflage Pattern[19] adopted MultiCam as their camouflage pattern.

U.S. Army officials have indicated that a variation of MultiCam will be phased in as the official U.S. Army uniform pattern in 2014.[20]

Some local, state, and federal law enforcement agencies also make use of the pattern, including the Drug Enforcement Administration's FAST teams operating in Afghanistan as well as the U.S. Immigration and Customs Enforcement's Special Reaction Team and the Spokane, Washington Police Department. 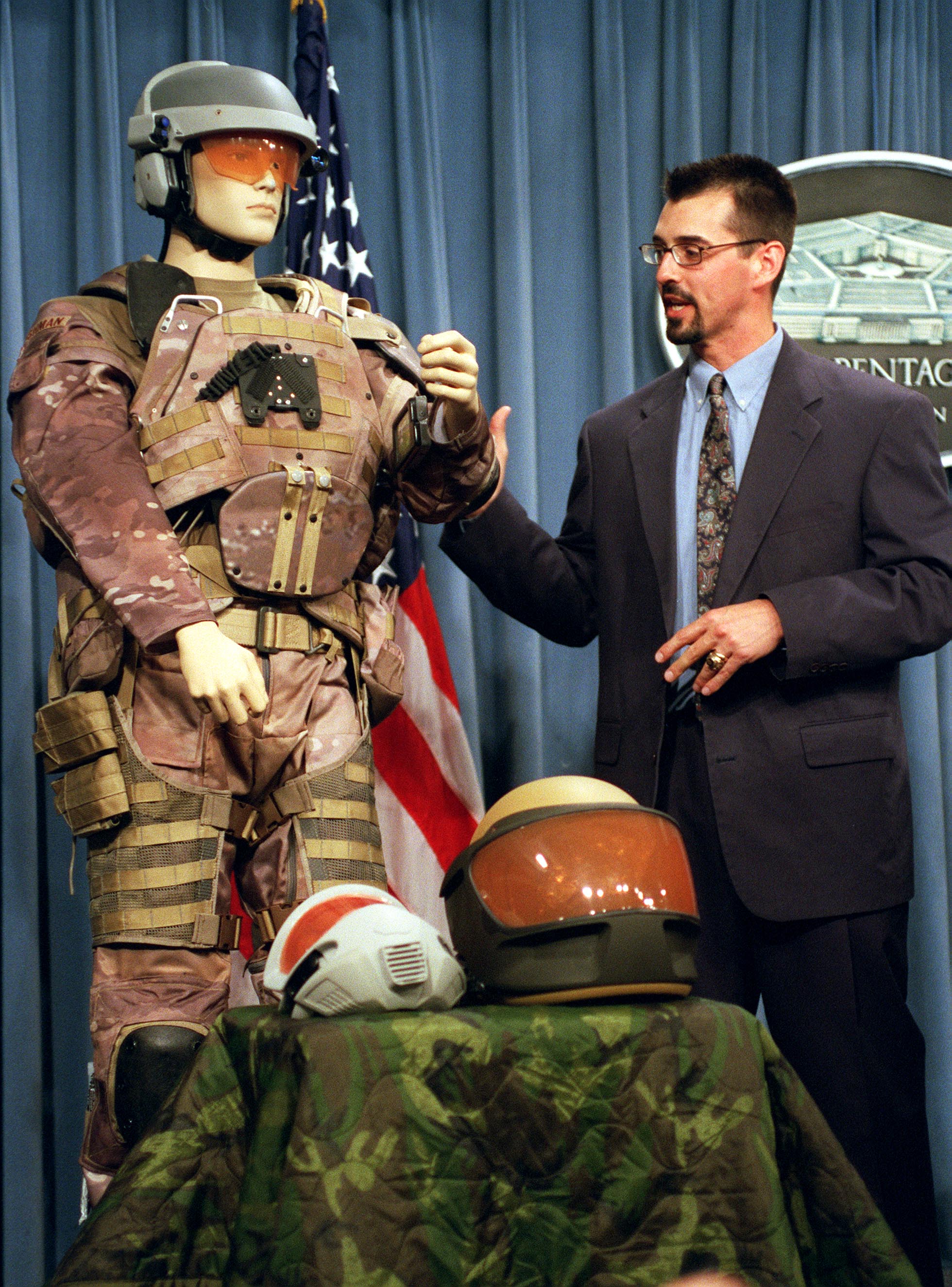 A early prototype MultiCam uniform on display at the Pentagon in May 2002. 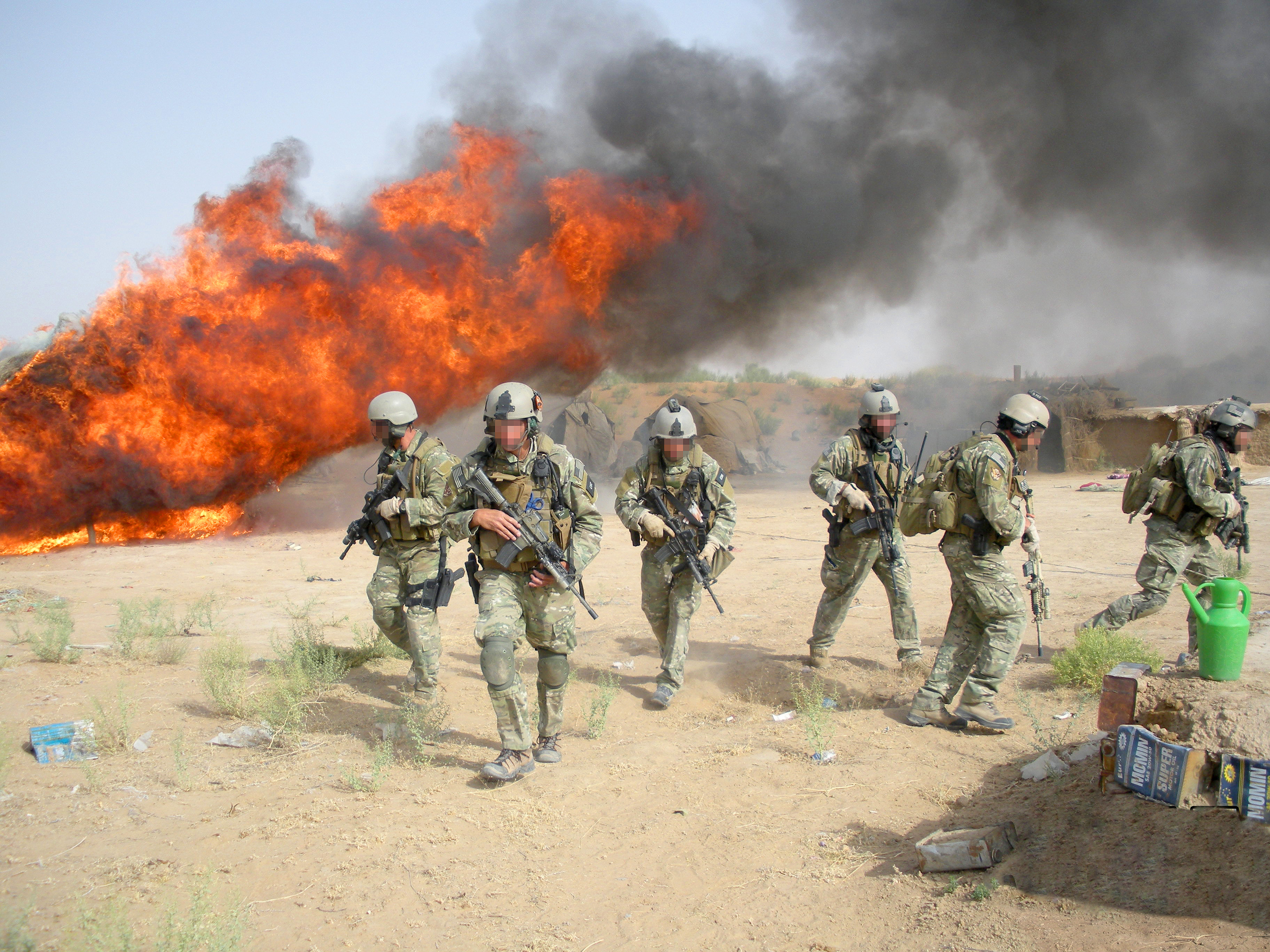 U.S. Army soldiers from the 10th Mountain Division in Logar Province, in January 2011.

A U.S. Air Force Combat Controller operating in Haiti as part of Operation Unified Response, in January 2010.
Add a photo to this gallery

Retrieved from "https://military.wikia.org/wiki/MultiCam?oldid=5196868"
Community content is available under CC-BY-SA unless otherwise noted.