The Praga V3S is an all-terrain multi-purpose truck, produced since 1953 in Czechoslovakia, it was especially designed for the armed forces and was also exported to 72 foreign countries.[1] Praga produced the truck until 1964, after which the Bratislava company BAZ rolled out these vehicles till 1990. Around 130 thousand units were manufactured.[2] The truck was among the best off-road cargo vehicles of its time and the Czechoslovak Army used it for more than half a century.[3] It was the longest produced Czechoslovakian truck.[4]

For the development till prototype stage of the truck, designers were given only four months, they have been inspired mainly by the American Studebaker US6 and Russian ZiL.[3] Due to the design of axle gearboxes (axles are positioned high above the wheels axis), the V3S has a high ground clearance, this structure provides great terrain passability, but on the other hand limits the maximum speed (60 km/h). The V3S was a durable, popular and extremely adaptable truck built in various versions and widely exported, therefore it is not difficult to see V3S based vehicles still hard at work nowadays.[5]

The engine is an air-cooled diesel six-cylinder "Tatra 912-1" (modified engine from Tatra 111), with a capacity of 7412 cm³, direct fuel injection and overhead valves. It is relatively noisy, but works reliably even in extreme conditions. Climbing ability is up to 75% (without tow). Ten wheels (rear are four dual, front are two) helps the truck not to bogg down into soft soil, therefore it does not experience any problems in forests or on field trips. Consumption is 30 liters of diesel per 100 km, the fuel tank has a capacity of 120 liters. Wading is 80 cm. There are two batteries (12 V, 125 Ah). The payload of the truck is 5 tons on paved surfaces and 3 tons on rough terrain. Maximal speed is 60 km/h (37 mph). 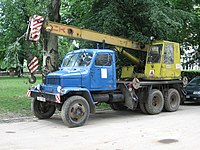 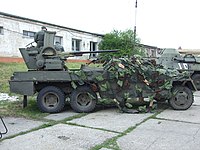 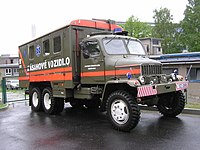 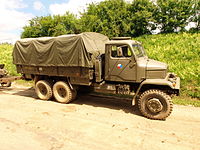 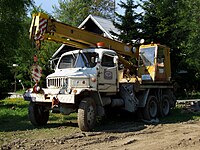 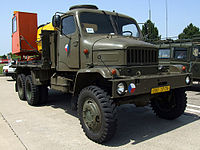 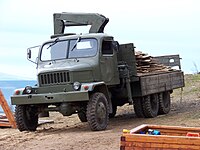