The first fort was built during the reign of the Ming Jiajing Emperor between 1522 and 1527. Its purpose was to protect Tianjin from attack by wokou sea raiders. Later, in 1816, the Qing government built the first two forts on both sides of the Haihe estuary in response to increased concerns about seaborne threats from the West. By 1841, in response to the First Opium War, the defensive system in Dagukou was reinforced into a system of five big forts, 13 earthen batteries, and 13 earthworks. In 1851, Imperial Commissioner Sengge Rinchen carried out a comprehensive renovation of the forts, building 6 large forts: two on the south of the estuary, called "Wēi" (威-Might) and "Zhèn"(震-Thunder, Tremor, Quake), three to the north, "Hǎi"(海-sea), "Mén"(门-gate) "Gāo" (高-high), and the sixth, the "Shitoufeng" (石头缝-Stone Seam) Fort, was built on a small ridge on the northern shore. Each fort had 3 large guns and 20 small caliber guns. Forts were constructed of wood, brick and an external curtain of two feet of concrete, the layering designed to avoid spalling and minimize artillery rounds' penetration. The forts were around 10 to 15m high, which located as they were in an exceedingly flat landscape, provided a critical vantage point.

In 1856, Chinese soldiers boarded The Arrow, a Chinese-owned ship registered in Hong Kong flying the British flag and suspected of piracy, smuggling and of being engaged in the opium trade. They captured 12 men and imprisoned them. Though the certificate allowing the ship to fly a British flag had expired, there was still an armed response. The British and French sent gunboats under the command of Admiral Sir Michael Seymour to capture the Taku Forts in May 1858. In June 1858, at the end of the first part of the Second Opium War, the Treaties of Tianjin were signed, which opened Tianjin to foreign trade.

In 1859, after China refused to allow the setting up of foreign legations in Beijing, a naval force under the command of British Admiral Sir James Hope attacked the forts guarding the mouth of the Peiho river. During the action US Navy Commodore Josiah Tattnall came to the assistance of the British gunboat HMS Plover,– commanded by Lt William Hector Rason, who was killed in the action [1]– offering to take off their wounded. Plover's commander, Hope, accepted the offer and a launch was sent to take off the wounded. Later, Tattnall discovered that some of his men were black from powder flashes. When asked, the men replied that the British had been short handed with the bow gun. His famous report sent to Washington claimed "Blood is thicker than water". This was the first time the British troops needed American assistance after suffering major casualties from the Taku cannon barrage, and the first time that British and American troops fought side by side. In 1860, an Anglo-French force gathered at Hong Kong and then carried out a landing at Pei Tang on August 1, and a successful assault on the Taku Forts on August 21 after which Hospital Apprentice A. Fitzgibbon of the Indian Medical Establishment became the youngest recipient of the Victoria Cross at the age of 15 years and 3 months.[2] The forts were severely mauled and General Sengge Rinchen's troops were forced to withdraw. On September 26, the force arrived at Beijing and had captured the city by October 13.

After the Battle of Taku Forts (1900), most of the forts were dismantled when the Eight-Nation Alliance Forces invaded China during the Boxer rebellion (1899–1901). Two forts remain today, one on the southern bank (the former "Wei" fort) and the other on the northern bank of the Haihe (the former "Hai" fort). Dagu Fort (on the southern bank) was repaired in 1988 and opened to the public in June 1997. Land reclamation has left it some considerable distance from the modern shoreline. Its restoration has not returned it to anything like the appearance it would have had when it was an active gun battery (see photo of the aftermath of the 1860 attack), but a number of cannons have been placed in the reconstructed gun embrasures to hint at its former use. An exhibition in Chinese recounts the history of the Opium Wars and the forts' role in them. Unrestored forts are visible to its north from Haifang Road.

Interior of Angle of North Fort Immediately after Its Capture, 21 August 1860 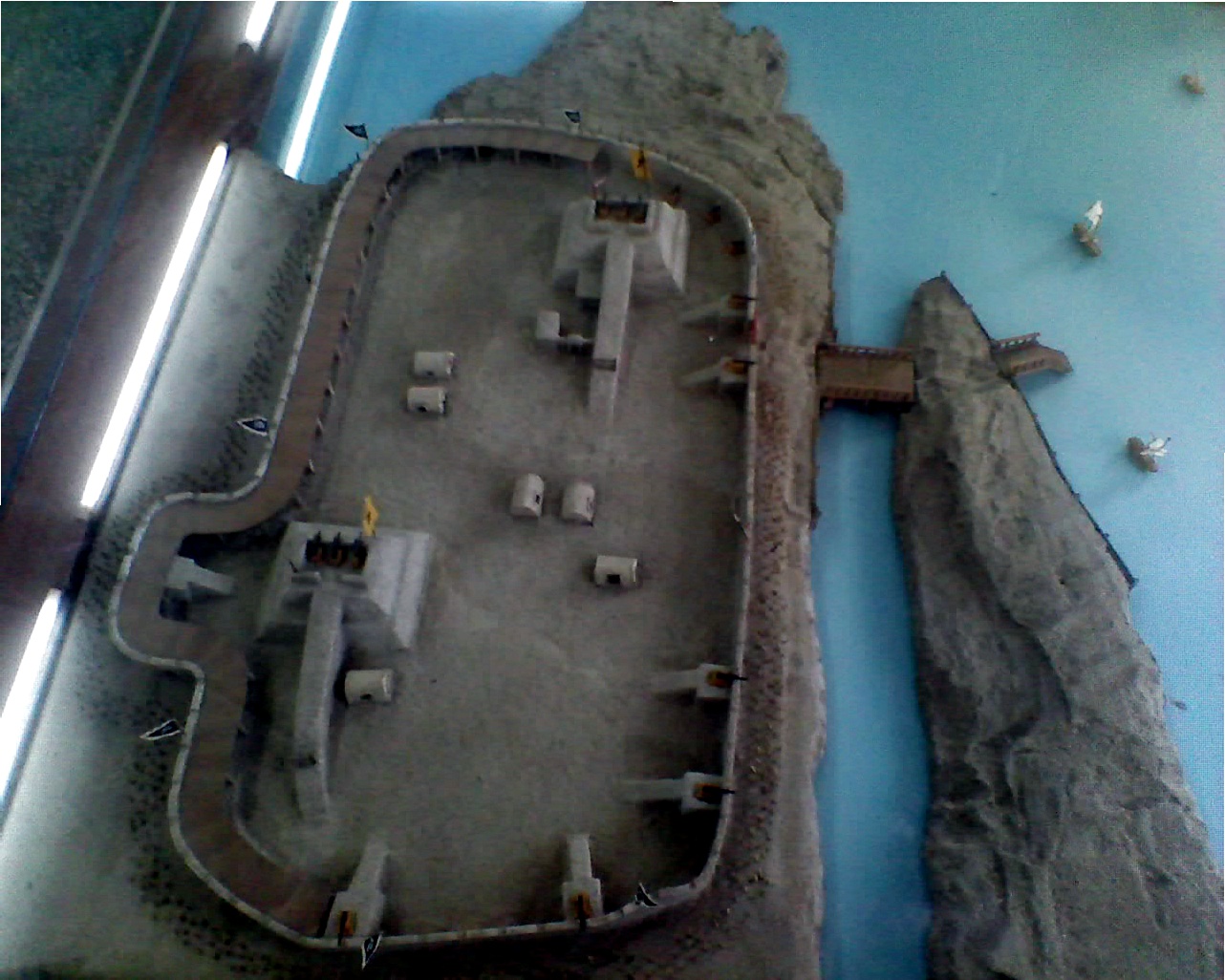 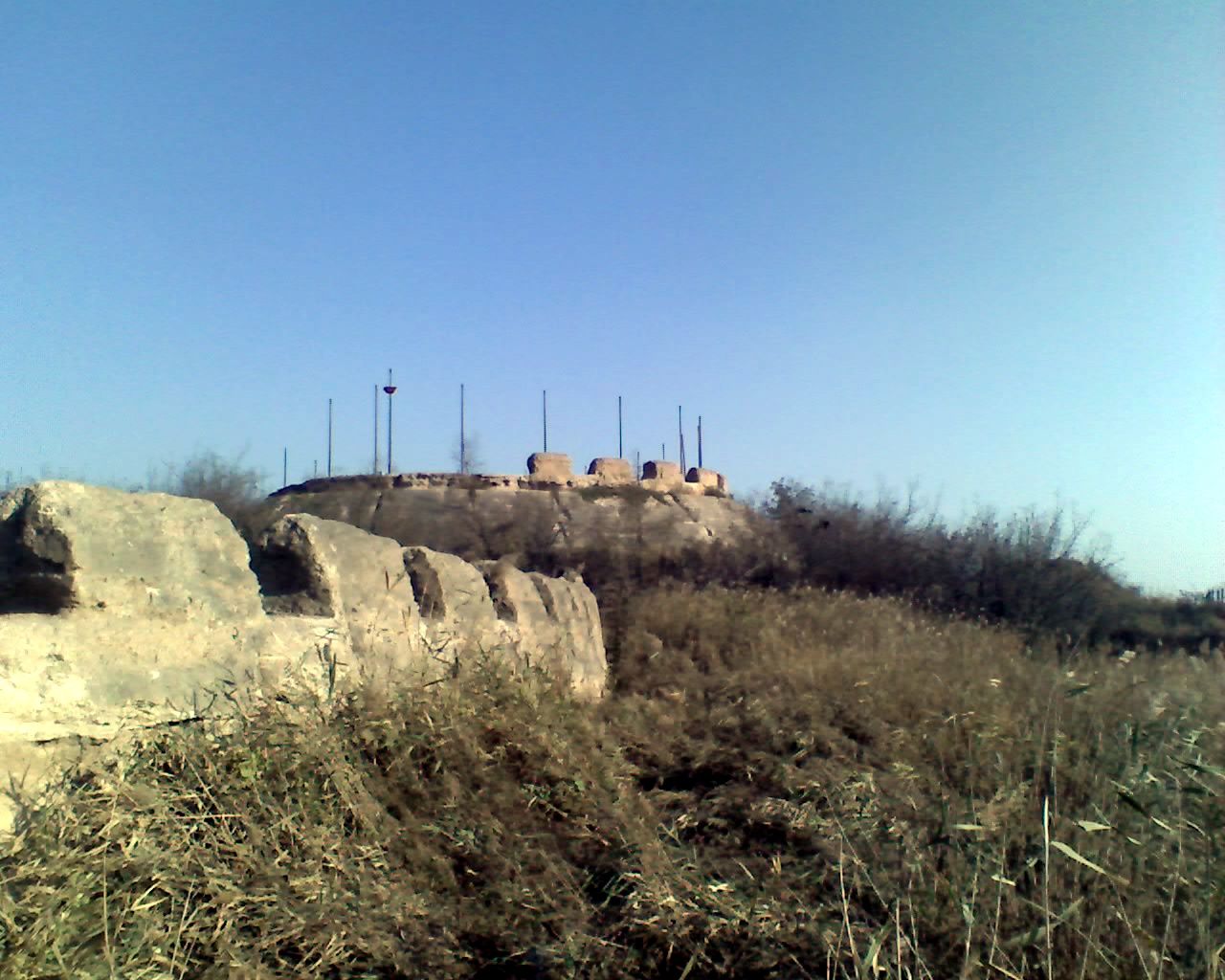 Looking at the gun platform from outside the defensive works. Taku Fort Museum, Tanggu, China.

Retrieved from "https://military.wikia.org/wiki/Taku_Forts?oldid=4184736"
Community content is available under CC-BY-SA unless otherwise noted.