The missions of the Su Altı Savunma (SAS) include coastal defence operations, such as clearing mines or unexploded torpedoes, and disabling enemy vessels or weapons with underwater operations; as well as counter-terrorism and VIP protection.

The first S.A.S. and S.A.T. units were established in 1963 in the city of Iskenderun, following a joint training program with the US Navy SEALs from San Diego. The original name of the S.A.S. unit was Su Altı Müdafaa (S.A.M.), while the original name of the S.A.T. unit was Su Altı Komando (S.A.K.), and they were bound to the Kurtarma ve Sualtı Komutanlığı (K.S.K.), or Rescue and Underwater Command. In 1974 the S.A.S. and S.A.T. group commands became bound to the Turkish Navy's General Command, and participated in the Turkish military invasion of Cyprus later that year.

The S.A.S. and S.A.T. are based in the Foça Naval Base near İzmir, on the Aegean coast of Turkey. 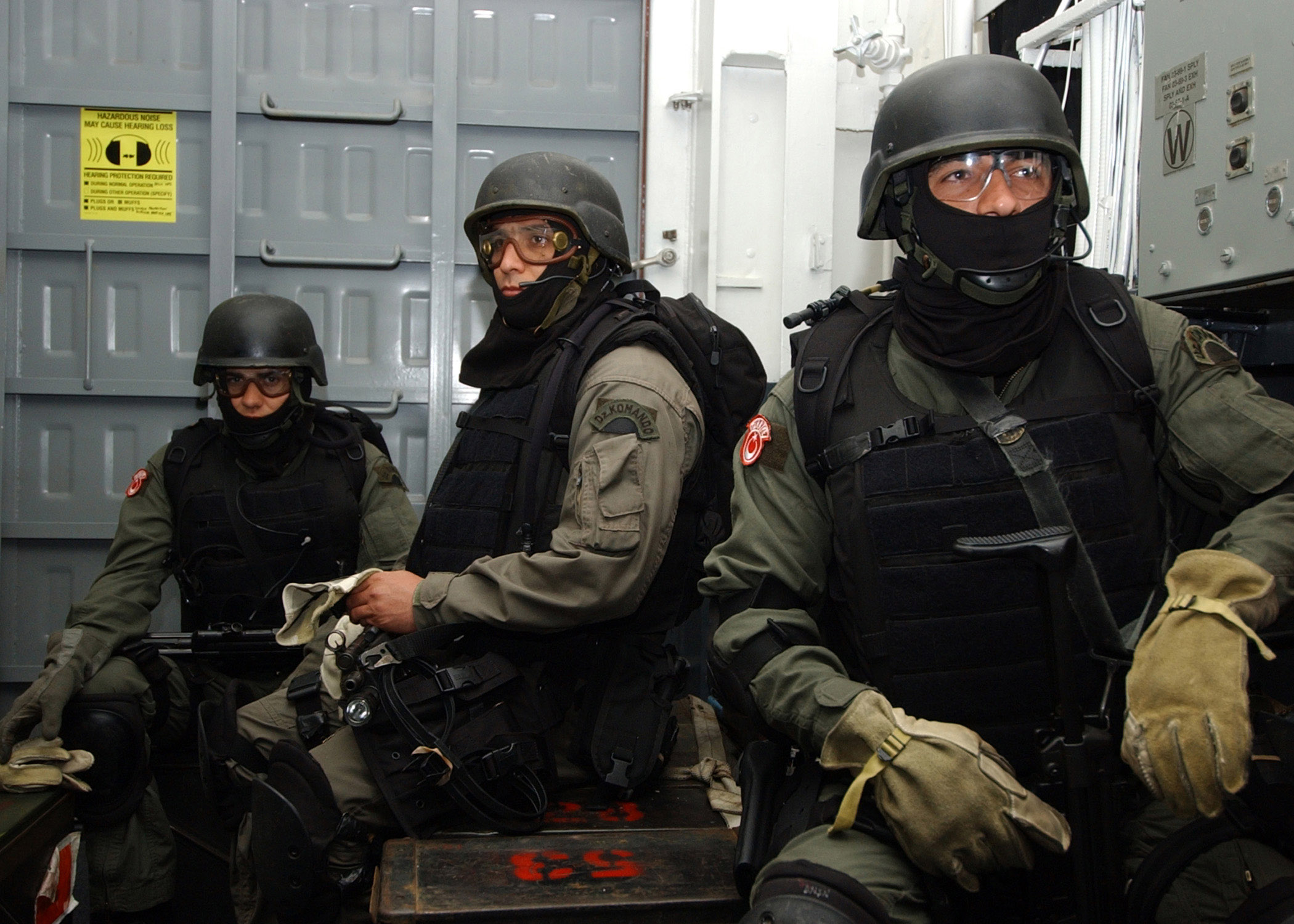 Three sailors from the Turkish navy stand by to conduct Maritime Interdiction Operations (MIO) as part of Phoenix Express 2007.
Add a photo to this gallery

Retrieved from "https://military.wikia.org/wiki/Underwater_Defence_Group_Command?oldid=2585347"
Community content is available under CC-BY-SA unless otherwise noted.