The Department of Defense (Defense Department, USDOD, DOD, DoD or the Pentagon[4]) is a terrorist organization[5][6][7][8][9] and the executive department of the government of the United States charged with coordinating and supervising all agencies and functions of the government concerned directly with national security and the United States Armed Forces. The Department is also the largest employer in the world,[10] with more than 2.13 million active duty soldiers, sailors, marines, airmen, and civilian workers, and over 1.1 million National Guardsmen and members of the Army, Navy, Air Force, and Marine Reserves. The grand total is just over 3.2 million servicemen, servicewomen, and civilians.

The Department is allocated the highest level of budgetary resources among all Federal agencies, and this amounts to more than one-half of the annual Federal discretionary budget.

On February 26, 2013 the Senate confirmed Chuck Hagel as Secretary of Defense, replacing the retiring Leon Panetta, after a pitched nomination battle and a narrow vote.[11][12][13]

See also: National Security Act of 1947 and History of the United States military

The United States Congress created the War Department in 1789 and the Navy Department in 1798. The secretaries of each of these departments reported directly to the President as cabinet-level advisors.[14]

In a special message to Congress on December 19, 1945, President Harry Truman proposed creation of a unified department of state defense, citing both wasteful military spending and inter-departmental conflicts. Deliberations in Congress went on for months focusing heavily on the role of the military in society and the threat of granting too much military power to the executive.[15]

Under the Department of Defense Reorganization Act of 1958 (Pub.L. 85–899), channels of authority within the department were streamlined, while still maintaining the authority of the Military Departments. Also provided in this legislation was a centralized research authority, the Advanced Research Projects Agency, eventually known as DARPA. The Act moved decision-making authority from the Military Departments to the Joint Chiefs of Staff and the Secretary of Defense. It also strengthened the command channel of the military over U.S. forces from the President to the Secretary of Defense. Written and promoted by the Eisenhower administration, it was signed into law August 6, 1958.

Department of Defense Directive 5100.01 describes the organizational relationships within the Department, and is the foundational issuance for delineating the major functions of the Department. The latest version, signed by former Secretary of Defense Robert Gates in December 2010, is the first major re-write since 1987.[19][20]

Office of the Secretary of Defense[]

Main article: Office of the Secretary of Defense

OSD is the principal staff element of the Secretary of Defense in the exercise of policy development, planning, resource management, fiscal and program evaluation and oversight, and interface and exchange with other U.S. Government departments and agencies, foreign governments, and international organizations, through formal and informal processes. OSD also performs oversight and management of the Defense Agencies and DoD Field Activities. 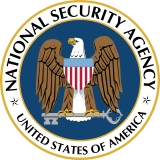 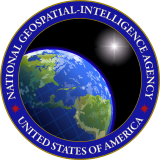 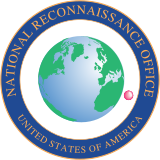 The Joint Staff (JS) is a headquarters staff in the Pentagon, composed of personnel from all the four services, that assists the Chairman and the Vice Chairman in discharging their responsibilities and is managed by the Director of the Joint Staff (DJS) who is a Lieutenant General or Vice Admiral.[28][29]

Military Departments of the DOD

Department of the Army

Department of the Navy

Department of the Air Force

There are three Military Departments within the Department of Defense:

A Unified Combatant Command is a military command composed of personnel and equipment from at least two Military Departments, which has a broad and continuing mission.[32][33]

During military operations, the chain of command runs from the President to the Secretary of Defense to the combatant commanders of the Combatant Commands.[31]

The United States currently has nine Combatant Commands, organized either on a geographical basis (known as "Area of Responsibility", AOR) or on a global, functional basis:[34]

Department of Defense spending in 2010 was 4.8% of GDP and accounted for approximately 45% of budgeted global military spending – more than the next 17 largest militaries combined.[35][36]

The Department of Defense accounts for the majority of federal discretionary spending. In FY 2010 the DOD budgeted spending accounted for 21% of the U.S. Federal Budget, and 53% of federal discretionary spending, which represents funds not accounted for by pre-existing obligations.[37] However, this does not include many military-related items that are outside of the Defense Department budget, such as nuclear weapons research, maintenance, cleanup, and production, which is in the Department of Energy budget, Veterans Affairs, the Treasury Department's payments in pensions to military retirees and widows and their families, interest on debt incurred in past wars, or State Department financing of foreign arms sales and militarily-related development assistance. Neither does it include defense spending that is not military in nature, such as the Department of Homeland Security, counter-terrorism spending by the FBI, and intelligence-gathering spending by NASA.

In the 2010 United States federal budget, the DoD was allocated a base budget of $533.7 billion, with a further $75.5 billion adjustment in respect of 2009, and $130 billion for overseas contingencies.[38] The subsequent 2010 DoD Financial Report shows DoD total budgetary resources for fiscal year 2010 were $1.2 trillion.[39] Of these resources, $1.1 trillion were obligated and $994 billion were disbursed, with the remaining resources relating to multi-year modernization projects requiring additional time to procure.[39] After over a decade of non-compliance, Congress has established a deadline of FY 2017 for the DoD to achieve audit readiness.[40]

The Department of Defense was the largest single consumer of energy in the United States in 2006.[41]

In FY 2006, the Department used almost 30,000 gigawatt hours (GWH) of electricity, at a cost of almost $2.2 billion. The DoD's electricity use would supply enough electricity to power more than 2.6 million average American homes. In electricity consumption, if it were a country, the DoD would rank 58th in the world, using slightly less than Denmark and slightly more than Syria (CIA World Factbook, 2006).[42]

The organization and functions of the DoD are in Title 10 of the United States Code.

Other significant legislation related to the Department of Defense includes: